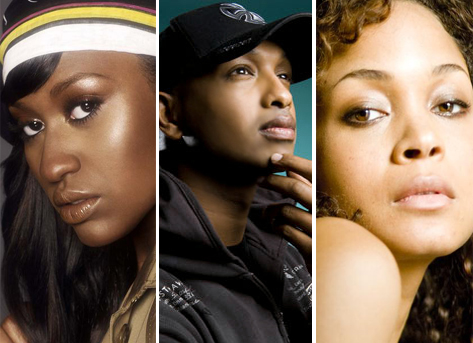 Although their choices are still rather conservative, it's like the
Recording Academy humbled themselves and read some music blogs this
year. Janelle Monáe, Raphael Saadiq, Maiysha, all of whom we love here
at SoulBounce, were nominated in various categories. Additionally,
Jazmine Sullivan is this year's Alicia Keys, coming away with five
nominations; Adele sonned fellow blue-eye-brit-soul singer Duffy (up for two awards)
and is contending in four categories;
Mary Mary are up for a few awards in gospel categories; genre jumpers
Gnarls Barkley could win in alternative categories; and, Lil Wayne was
nominated for, like, a milli awards (or eight).


It doesn't stop there, though. Some of the categories are teeming with
talent. Take Best Urban/Alternative Performance: Kenna, Chrisette
Michele
, Maiysha, Janelle Monáe, and Wayna and Kokayi? Now that is some
competition. Head-explosion threshold is breached in Best R&B Album
where Al Green, Eric Benét, Boyz II Men and Jennifer Hudson are
nominated. And more than a hat tip is in order for Estelle, the lone woman
up for a Grammy in the entire Rap field of categories.

Of course there are some considerably egregious absences like
Santogold and SoulBounce demigods Foreign Exchange, but we
cannot expect the world from the Recording Academy. They did come
through in many ways, yet graciously left some room for a modest drinking game and
some healthy argument. At least there's more to look forward to than
who'll be performing when the show airs on February 8.
[H/T: GMY/PF]