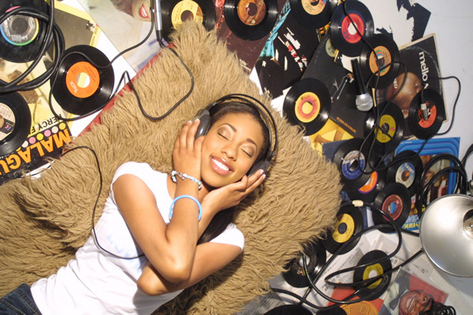 I've been seeing the name Suai on various blogs for the past few months, and I'll admit to not paying much attention and clicking past it every time. But surely the Brown Sugar blog, Clutch and Giant magazine couldn't all be wrong. And they're not. I finally sat down to listen to the Detroit born and bred singer's tunes, and I'm here to tell you that the hype is real and well deserved. The daughter of a music teacher, Suai (pronounced "sway") is a singer/songwriter/multi-instrumentalist who has drawn comparisons to Alicia Keys because of her adroit piano playing and polished vocals, and she is poised to be the latest in a long line of R&B singers to come out of the Motor City. She's currently putting the finishing touches on her debut album, The Perfect Girl, which is scheduled to be released this spring and includes production from Akon on her first single, "Stronger." Her association with a konvict notwithstanding, anyone who got their hands on the Hidden Beach Yes We Can: Voices of a Grassroots Movement compilation already got a taste of Suai and knows that she can blow. Signed to Universal Motown for the past few years, she jokingly makes reference to still working at Starbucks even though she has a record deal on her MySpace page. With her CD right around the corner, soon enough Suai will be on the opposite side of the counter and able to turn in that forest green apron for good.

Suai feat. President-elect Barack Obama: "Am I All Alone?"