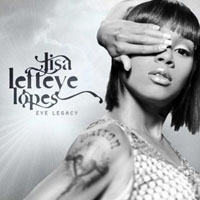 As an unabashed TLC super-fan I have to answer that question with a resounding no. Arguably the most multi-talented, and decidedly the most unpredictable, member of the group, Left Eye was taken before any of us were prepared to see her go. This forthcoming album, Eye Legacy, comes nearly seven years after her passing and the last studio album of new material by TLC. It's undoubted that most fans will give the album a warm reception, nostalgic for the Left Eye that we knew and loved. In this respect the album's necessity in a purely musical sense is moot. Still, it seems that those wishing to reminisce will be jarred into reality by contemporary production and the inclusion of artists like Lil Mama in otherwise solo material. (More than half of the album is duets.)

In the hearts and ears of some this will function as exactly what it appears to be: a reflection on the ultimate tragedy of Left Eye's life. I cannot help but view this as a misarticulation of the moments surrounding her passing during which TLC was in flux, struggling to remain relevant during the decline of '90s girl groups, when Left Eye's personal struggles were beginning to loosen their hold on her talent, and how this was beginning to play out in her music. And maybe all of that should have remained unfinished.


TAGS:  left eye, tlc
Previous: Our Top 5 Guilty Pleasures of 2008 Next: Who Did This Beat Better? Jesse Boykins III or Coultrain? 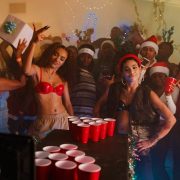