Wesley Snipes As James Brown? In What Alternate Universe? 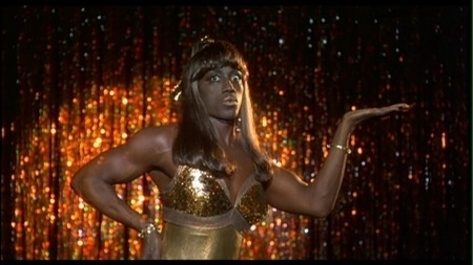 Earlier this week news spread that Wesley Snipes had been cast to play James Brown in an upcoming biopic by Spike Lee. The diminutive director bought the rights to the Godfather of Soul's story in 2007 and cast Snipes in the plum role on the DL.  Because surely if we had known this sooner we would have organized a petition, written our congressmen, or done something in response to this travesty of casting. Not to take anything away from Wesley, but he isn't that much younger than Brown was at the time of his death. (Heh!) How is he going to play young JB? Furthermore, with the exception of that scene where he put in work on the balcony in Mo' Better Blues, can he even move like a sex machine? Last time we saw Snipes shake his bon-bon was in Michael Jackson's "Bad" video. Please don't play Brown without having the dancing down, thank you. And truth be told, Wesley isn't exactly known for his acting skill. After a good run in the '90s, it's safe to say that he's fallen off in recent years. So how and why did this happen? Was Will Smith not available?

Years ago when Denzel Washington was cast as Malcolm X in
another Spike Lee joint, the choice was questioned given that the actor
looked nothing like the person he was playing. However, Denzel as Malcolm turned out to be a stroke of genius when he acted the hell out of that role and transformed himself into the slain
leader. This time around, whereas Wesley Snipes may favor James Brown,
it's doubtful whether all of the necessary components needed to portray
such a complex character are there.


This begs the question, would it kill Hollywood to discover some new talent? As rigged as the casting for the Notorious B.I.G. was (remember those Notorious casting calls after Gravy had
already been chosen?), you had to applaud the filmmakers for choosing an unknown for the lead who was very believable in the role.
Surely there was an acting/dancing/singing brotha out there grinding
off Broadway or in Hollywood who would have given a testicle for the
opportunity to play this Soul music icon.

On the upside, at least Wesley won't be singing in the flick. Spike has already stated that they'll be using Brown's original vocals,
which may put your side eye at ease. If there's one thing that we're
looking forward to in regard to this movie, it's seeing Wesley don James'
world famous press n' curl. After seeing him in To Wong Foo, we already know that he's comfortable in long hair.