Who Did This Beat Better? Jesse Boykins III or Coultrain? 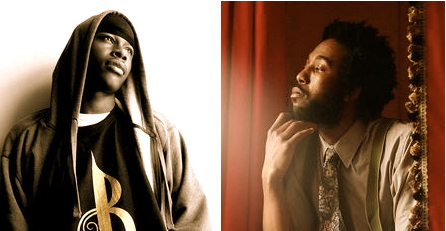 Being on hiatus for the holidays afforded me many opportunities to divulge in the plethora of music that my poor iPod has been housing for several months. While Coultrain's album, The Adventures of Seymour Liberty, was one that I had on a steady repeat for much of last year, Jesse Boykins III's latest, The Beauty Created, was one that I got more familiar with recently. Interestingly enough, two songs from both albums feature the same melody. While I have no idea why this is so, it certainly makes for a unique spin on the first Battle of The Beats of 2009. I'll go out on a limb and say that I believe that Coultrain has won this round, but what say you, dear reader? Who did this beat better? Jesse or Coultrain?
Jesse Boykins III: "Trust"
Coultrain: "Playin' Catch Up"