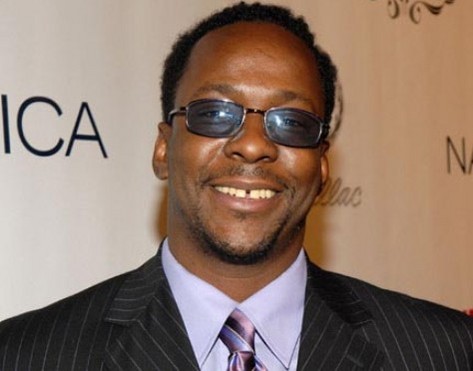 Wow. Is it 40 already? What is there to say about the man who's seemingly been through everything (including a mild heart attack and multiple arrests)? What do you say about the man who's entertained us endlessly over the past 26 years, for better and, more importantly, worse? What do you say to a man who's stared rockbottom in the face, even dated it exclusively for a while and, like an addict, is still heavily flirting with it, all while maintaining his assertion that he's the king of stage? How do you say Happy 4-0 to the man who was voted out by his peers 4-0 back in the '80s for being over the top, thus becoming the original "that's just Bobby-being-Bobby" case study?

Do you laugh along with (and at) him for the wild spectacle that was Being Bobby Brown? Do you feel sorry for him after everything he went through with his ex, being driven--as he claimed during an network interview--to bi-polarity by her drug habit and almost Tourette's-like penchant for shouting his name? Do we applaud his unorthodox parenting skills, and snicker at his literal interpretation of the term "stiff upper lip"? Do we go back and listen to Don't Be Cruel and Bobby and wonder where that Bobby went, and why he thought it was a good idea to record with Ja Rule?

If you're a true fan, you do all of those things. You celebrate his becoming an author and pass cigars around at the news of his becoming a father again. You purchase tickets to his new venture, the group Heads of State (along with NE members Ralph Tresvant and Johnny Gill) and cross your fingers that this time, he plays well with others. You hope for more moments like this one, and pray for less and less like this one.

Most of all, today, you just shout out the man who will forever be known for actually living out the words to his hit "My Prerogative," wishing him a very happy and healthy birthday. At least, that's what we here at SBHQ will do. It's only right, seeing as he's given us so much throughout the years.

So Happy 40th, Robert Barisford Brown. There will never be another like you. And really, one of you is more than good enough.