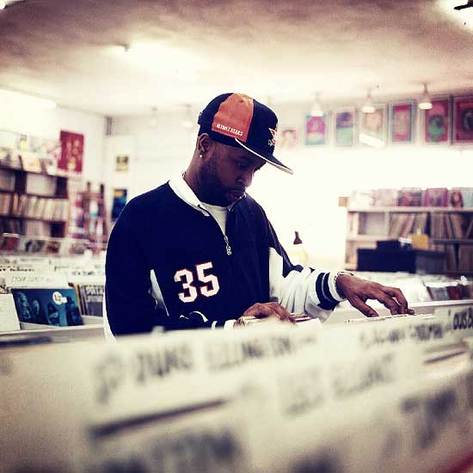 As any lover of Hip Hop knows, Saturday, 2/7 was the birthday of James Yancey, a/k/a J Dilla or Jay Dee. Today represents the date of his passing 3 years ago, bringing the unofficial Dilla Weekend to a close. To celebrate him this year, SB friends and family (along with a very special guest) were asked to come up with their Top 5 Dilla songs. Since he was a producer, MC and official member of Slum Village, there was plenty to choose from. However, narrowing it down to just 5 songs became like choosing our favorite child. Trust us when we say nothing was overlooked and every stage and incarnation of his career was considered. Certain songs rose to the top because they appeal to us strictly on an immediate, visceral level. Others have sentimental value. Check out our picks after the bounce and don't forget to leave yours in the comments. 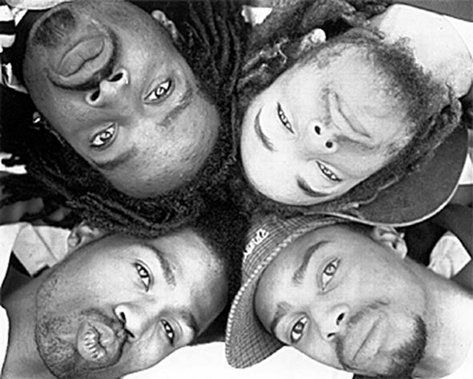 A Tribe Called Quest: "Stressed Out" feat. Faith Evans (Beats, Rhymes & Life, 1996)
Jay Dee took the iconic ATCQ and Bad Boy's first lady on a voyage of harpsichords and undeniable kicks and snares that made your head nod involuntarily. The bassline was classic touch-and-go but it all blended perfectly with Tip and Phife's lyrics with Faith's voice. When I'm stressed out, I STILL play this jawn like it's brand new.
Janet Jackson: "Got 'Til It's Gone (Ummah Jay Dee's Revenge Mix)" feat. Q-Tip (12-inch, 1997)
C'mon man. (the rhodes + beat) x (Ms Jackson + The Abstract) = classic. When Neo-Soul was still an embryo, J Dilla captured that sultry, sexy vibe we all crave in our soul music today.
Common: "The Light" (Like Water For Chocolate, 2000)
We came to respect Common because of tracks like this one. Dilla came through with the signature snare and dancing piano to give it just the right throwback texture to accompany Common's organically urban flow. This track SCREAMS Midwest ingenuity and Dilla's penchant for detail.
Q-Tip: "Breathe & Stop" (Amplified, 1999)
J Dilla's versatily shines through with this heroic club banger that positioned Q-Tip as a solid solo artist. Although the snare didn't reign supreme (it was the syncopated synths and bass that stole the show on this track), it had the same head nodding commanding principles of Dilla's more soulful contributions. This hit proved that Dilla could do it all... and do it well.
The Pharcyde: "Drop" (Labcabincalifornia, 1995)
In an era of West-coast gangsta regime, J Dilla produced one of the most fluid Hip Hop songs of the '90s. The eccentric flow of Imani and Fat Lip skateboarded over this reverse-vibrato organ laced with touch-and-go bass heaviness. As far as I'm concerned, J Dilla's track was also the treatment for the video. . . Spike Jonze had no option but to visually connect to Dilla's beat and organic structure that defied a region's current persona at the time. 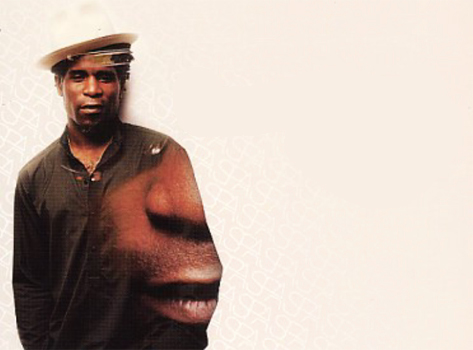 RO'S PICKS:
The Roots: "Dynamite" (Things Fall Apart, 1999)
Black Thought rides this beat so well. The guitar licks, the fluidity-- all the elements are so funky and nice.
Janet Jackson: "Got Til It's Gone" feat. Q-Tip (The Velvet Rope, 1997)
Probably one of the most memorably unexpected Janet songs I've ever heard. Of everything that she was clearly going through onVelvet Rope, to me this is the most sophisticated transitional track on the album.
Black Star: "Little Brother" (The Hurricane OST, 2000)
This one is a little less clear, a little more abrupt. Dilla put a delicious buffet in front of Mos Def and Talib Kweli and they ate it all up. Gourmet.
Common: "Love Is" (Be, 2005)
Perfect sample.
Spacek: "Dollar" (Space Shift, 2003)
"Let the dollar circulay-ay-ay-ay-ay-ay..." Oh my. Dilla is definitely the star of this track if only by virtue bringing the repetition of an otherwise boring song (lyrically, anyway) to his level ingeniously. 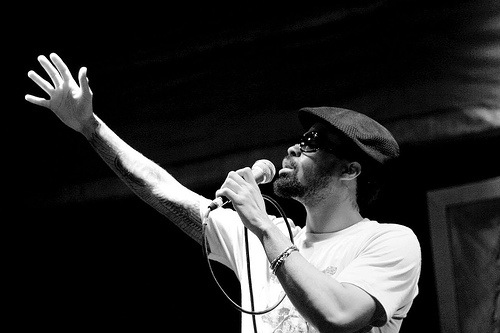 VIVRANT THANG'S PICKS:
Jay Dee: "Crushin (Yeeeeaah!)" (Ruff Draft, 2003)
You want Dilla to do you, it's done". Nuff said.
Spacek: "Dollar" (Space Shift, 2003)
Classic Soul sound + ridiculous Dilla beat. FTW!
Hi-Tek: "Music for Life" feat. J. Dilla, Nas, Common, Busta Rhymes & Marsha Ambrosius (Hi-Teknology 2 - The Chip, 2006)
Every superwoman has to have theme music. This is mine. "Music in my DNA, it's my livelihood."
Erykah Badu: "Didn'tcha Know" (Mama's Gun, 2000)
Soulquarians unite! Indeed, the stars do align when these two hook up. The profound lyrics, Tarika Blue sample, and Dilla's genius are once again the perfect combination.
Bilal: "Reminisce" feat. Mos Def & Common (1st Born Second, 2001)
Does the Head Negress in Charge of the Bilal Stan Association really need to explain this one? 1st Born Second is a classic and this track is definitely one of the standouts. I love to see him perform this live and give Dilla love. 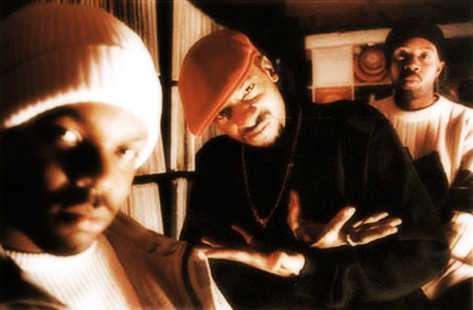 DJ STYLUS'S PICKS:
Common & Slum Village: "Thelonious" (Like Water For Chocolate, 2000; Fantastic Vol. 2, 2000)
As much as the post-mortem momentum deservedly continues to build around Dilla's genius, what consistently lags behind is the focus on his rhyme skills, which pretty much equaled his talents on the beats. Dilla's mastery of rhythm allowed him to distribute syllables into the nooks and crannies of a track like no other producer in Hip Hop. James Yancey is easily the best producer on the mic. Supporting examples are numerous, but Dilla's verse here is what I always come back to when I have to back the argument.
Jay Dee: "F*ck The Police" ("F*ck The Police"/"Move" 12-inch, 2001)
It's better than NWA's. Yup. Might be better than "Black Cop" and "Sound of the Police" too. And you can miss me with any whining about Hip Hip blasphemy, cuz we don't hold back, we let go. We don't say "damn", we just say WHOOOOOOAA!!!
J Dilla: "The $"  (Ruff Draft, 2003)
"Now let me say it again and say it with feeling..." Best producer on the mic. I only wanted one example of that on this list but this song... man. When I eventually got the instrumental version, I couldn't believe that I hadn't picked up on how simple the beat is. It goes from brooding and menacing to riotous with Dilla's vocal on top. "Dilla with the gangsta shiiit!!!"
Lucy Pearl: "Without You (Jay Dee Remix)" (12-inch, 2001)
It's interesting that I'm stuck on all these raw dog gorilla joints since for most of the time I've followed Dilla's work I was always a bigger fan of his nuanced mellow tracks. This remix is a perfect combination of his raw and soulful sides. It bangs but you can hug up on a honey and do a two-step. The drum programming is pushing the boundaries of Dilla's signature drunken, behind the beat style so hard that it truly is hazardous to one's neck. Mess around and slip a disc from extreme head nod.
Slum Village: "Players" (Fantastic Vol. 2, 2000; Fantastic Vol. 1, 2005)
Before the days of downloading, I used to trade cassettes online with cats in Usenet news groups. I knew about Dilla from 1st Down, Little Indian, Mad Skillz, all the Ummah stuff, but Slum Village was an entirely new phenomenon. On our radio show, we used to wear out a promo cassingle of "I Don't Know" from when the group was signed to A&M. Then I traded tapes with this cat who sent me all the early Fantastic stuff. Shortly thereafter the bootlegs started coming out on vinyl. In this flood, "Players" was the tune that really fueled the SV mania. It's what really made me understand the SV aesthetic of less is more, of emceeing that experimented so much with style over substance, of Dilla's genius with sample manipulation. "Players" is truly a classic in all of its lo-fi belligerent jazzy glory. 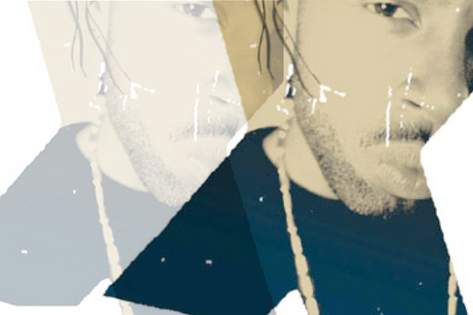 NOVA'S PICKS:
Jay Dee: "Think Twice" feat. Dwele (Welcome 2 Detroit, 2001)
Dilla's remake of Donald Byrd's "Think Twice" is the definitive modern take, steamrolling over Badu's version like "what?" When he laid his hands on Jazz compositions, magic happened.
Slum Village: "Fall In Love (Remix)" (12-inch, 2000)
This is one of SV's signature tracks, but the remix? THE REMIX??!!! Head-nod fire supreme! This track embodies my favorite Jay Dee era and sound. Laid back and chill with enough thump to keep you cognizant. Dilla was the master of "Mellow Bump."
Busta Rhymes: "Woo-Hah!! (Jay-Dee Bounce Remix)" (12-inch, 1996)
This is probably my favorite Dilla remix for a mainstream artist. It gives an entirely different feel to the song, with a track that is decidedly less eccentric and more grounded in a sound for the heads.
De La Soul: "Much More" feat. Yummy Bingham (The Grind Date, 2004)
Dilla's De La Soul stuff, across the board, is tremendous. I could've easily put "Stakes Is High" or "Verbal Clap" right here, but "Much More", with its cleverly flipped L.T.D. sample is a monster.  You could tell he was in the zone with this.
Jay Dee: "Nothing Like This"  (Ruff Draft, 2003)
This is hero music. Big and triumphant like a cinematic Rock classic. It's like Jay Dee is taking you to Heaven on a Hip Hop parade float. 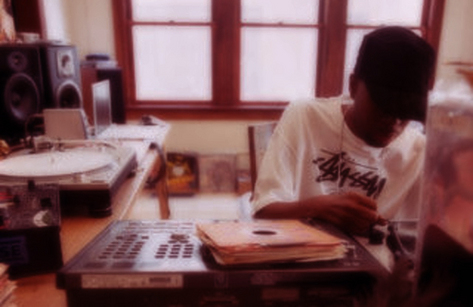 PHONTE'S PICKS:
Slum Village: "Players" (Fantastic Vol. 2, 2000; Fantastic Vol. 1, 2005)
The first time I heard this track I shook my head in disbelief like, "Maaaaann Hip Hop ain't supposed to sound this good."  Once I found the original sample source I was convinced this man was either clinically insane......or God Almighty.
Slum Village: "Get Dis Money" (Fantastic Vol. 2, 2000)
(Refer to my comments for "Players") Also, the ONLY reason I bought the Office Space soundtrack.
A Tribe Called Quest: "Word Play" (Beats, Rhymes & Life, 1996)
I never understood why BR&L got the negative feedback it did. To me, it was just as good as their previous albums. "Word Play" was my favorite song on that album hands down.
Common: "Nag Champa" (Like Water For Chocolate, 2000)
I remember I was in college at Central when 9th hit me one day sayin he had an early copy of LWFC from the campus bootleg man.  Fresh off an argument with my girl and eager to get away from her ass, I told him "I'm on my way" and sprinted like a runaway slave upstairs to his room. The songs on the CD were burned out of order and "Nag" was track 1.  He pressed play.  N***A.  That sh*t made me wanna be a better man.  I went downstairs afterwards, apologized to my girl, and had BET Arabesque film-style makeup sex.  No bullsh*t....LOL.
Jay Dee: "Shake It Down" (Welcome 2 Detroit, 2001)
Back in '01, my man Eccentric hit me sayin' he had an early copy of Welcome 2 Detroit. I drove to his house to pick it up, listened to it in the trusty old Nissan, and literally drove home in fear at how dope that shit was. By the time "Shake It Down" came on, I was straight up shook. I thought to myself, "Man I *seriously* gotta step my sh*t up...."  A few months later I graduated college and me, Pooh, and 9th started work on what would become The Listening.