Prince Shares His ‘Lotus Flow3r’ With A Select, Fortunate Few 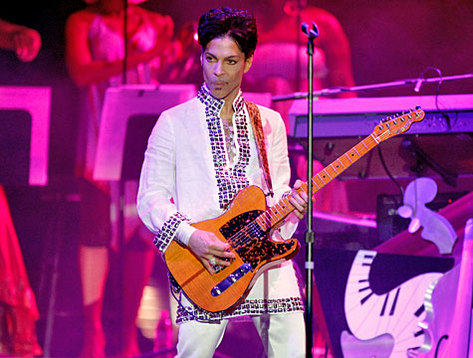 The Purple One--he who is prolific and genius and introduced us to "Darling Nikki"--is getting ready to anoint us with three albums this year through his new website, lotusflow3r.com. Over the weekend Prince hosted the type of launch party/live performance mash up that sounds like it was lifted from a super-fan's fantasy.

He and his band played everything from his own hits like "Controversy" to Mary J. Blige's "Be Happy" and had the likes of Debbie Allen and Anita Baker electric sliding while DJ Rashida
spun in another room at his mansion, where the event was held. Prince mingled and served his fifty or so guests in the kitchen
clad in platform shoes with heels that flashed with red lights as he
walked. And then he played another set. Until three in the
morning. To further question how one receives an invite to a private
party at Prince's mansion and learn exactly what it sounds like when
doves cry, read the entire account over at the LA Times Music Blog.

Live at Prince's Mansion: Everything But the Pancakes [LAT]