Rumor Control: Adele Has No Plans To Work With Estelle 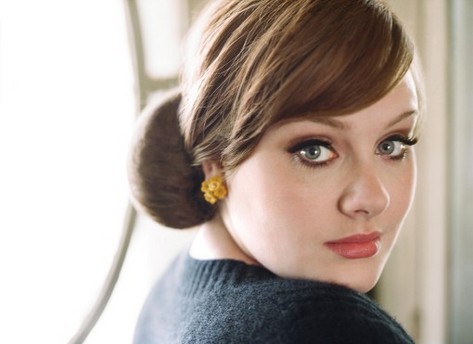 For all those who got excited when they heard the widely reported news that British singers Adele and Estelle would sing a duet together at some point this year, I hate to be the bearer of bad news, but it's not gonna happen in this lifetime. In an exclusive interview that I did with the double Grammy winner for Clutch Magazine, I asked Adele if this collaboration with Estelle was fact or fiction and she had this to say:

Clutch: Is it true that you'll be working with fellow British Soul singer Estelle on some new music or was that just a rumor?

Clutch: OK, so that was just a rumor.

Clutch: Would you like to work with Estelle at some point?

Adele: I'd do a collaboration with her--maybe like a live
collaboration. I wouldn't do a track with her, but I'd do a live thing
with her. Yeah. She'd be really fun live. She always wears amazing
dresses as well.


So there you have it, folks, straight from the source. Adele has little
to no interest in linking up with Estelle on a record, but she digs her fashion sense. If it's any consolation, perhaps they'll appear together live on stage one day with the possibility of Adele embarrassing Estelle in real-time with her vocal prowess.