Teedra Moses Puts It ‘In the Wind’ For New Orleans 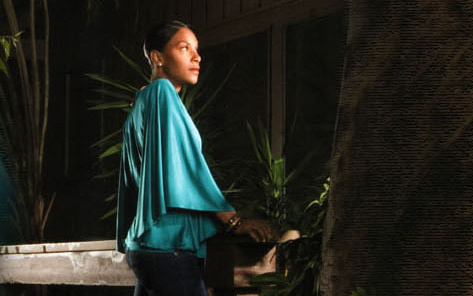 Despite not releasing an album since her 2004 game-changing debut, Complex Simplicity, Teedra Moses has put out mixtapes at a steady clip. Her latest, Lionhearted, is volume three in the Young Hustla series, which have taken our mind off of the fact that her sophomore set, The Young Lioness, is caught in the Matrix. On the song "Put It In the Wind" from Lionhearted, Teedra puts on for her city--the city of her birth, that is--New Orleans. She interpolates some Marvin Gaye lyrics on the track and even spits a few bars as she sings about her birthplace in the aftermath of Hurricane Katrina. Since there's no telling when or if The Young Lioness will see the light of day, pick up this mixtape to tide you over till then from Teedra's MySpace page.

Teedra Moses: "Put It In the Wind"

TAGS:  audio, teedra moses
Previous: Will This New Track From The Alchemist, Maxwell & Twista Make You ‘Smile’? Next: Morning Soul: Need A Man Whose Back Is Real Strong