Get Into ‘Science Fiction’ With The Mighty Underdogs

This music video is so referential that any one of the following would have fit into The Mighty Underdogs' interplanetary mindscape just fine: George Clinton (including the whole of Parliament Funk), Afrika Bambaataa, and Missy Elliot. There is so much, well, science fiction in "Science Fiction" that it's sensory overload. The track itself is nice with a beat that's offset just enough to keep the anxious energy of the song moving. Swirling galaxies, jet packs, people with television heads abound as Gift of Gab, Lateef The Truthspeaker, and Headnodic take us on a fantastical voyage. [H/T: OKP] 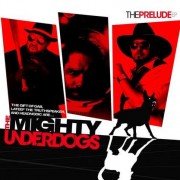 Spring Ahead With Some New Music