This remake of James Brown's "It's A Man's Man's Man's World" is straight up with no chaser, which is the right course of action for covering anything created by The Godfather of Soul. Leela James took her straightforward approach to redoing this song to the video as well, attempting to recreate some of the live energy and look of one of Brown's performances. But it's not done convincingly enough to be interesting or even all that nostalgic. Instead of go all out retro with some super technicolor saturation, live TV style videography, and period costuming it comes off as a amateur bar performance recording that's taking itself too seriously. Leela, her backup singers, and band all look great but the video doesn't do them, or the song, justice. 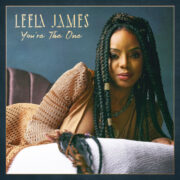