King Britt Remixes Some Classics For Your Consumption 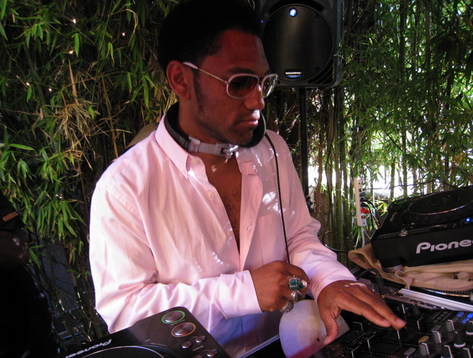 When you're as prolific and respected a DJ as King Britt is, you're constantly in work mode. What a life he must lead, constantly traveling to far-flung regions of the globe, discovering new artists, and being asked to do remixes of songs we all hold near and dear to our hearts. Take for example the two tracks below, The Isley Brothers' "Footsteps In The Dark" and Chic's "Warm Summer Nights." Not only has Britt taken these two tracks and created something especially different from their original incarnations (which the true purpose of a remix anyway) but created a completely unique atmosphere surrounding these remixes. I'm going to take a wild guess and say that King was on a Spanish vibe with the softly spoken words de amor on "Footsteps" and the Spanish guitar on "Nights," but either way these two tracks are golden and perfect for those of you yearning warm, balmy nights. [FSM]