Where In The World Is Missy Elliott? 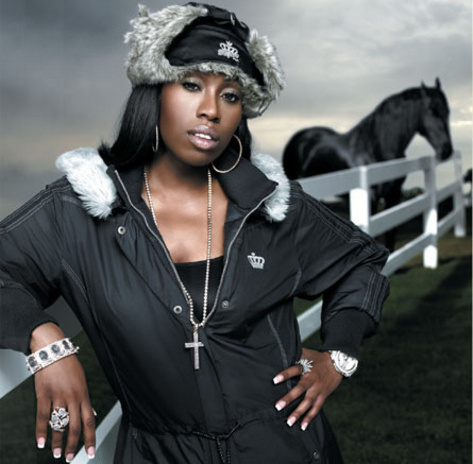 The last time SoulBounce heard from Missy Elliott, she was guesting alongside Ne-Yo on one hell of a Busta Rhymes' track (hell being the operative word). Apart from that, Elliott's own Block Party LP was originally supposed to come out sometime in 2007. According to Amazon, that album was due to come out February 10, 2009. I don't have to tell you what's wrong with that statement. It's safe to assume that Missy is languishing in TBA-land, a scary place from which many artists never return.

So what gives here? Missy is not totally missing in action, as proven by recent news of her Respect M.E. Ambassador Competition. However, what's up with this record? It's already been dogged by false starts and a lackluster single, but that should not be enough to keep a prolific, strong-willed and creative artist like Missy Elliott down. In a time where a successful female emcee is sorely needed in the genre, the presence of Missy would work much like a soothing salve on an open wound. Missy is generally thought of as someone (possibly the only one) keeping the door open for other viable ladies who spit. Here's hoping that she is in the lab, cooking up something as fresh as her classic debut or at the very least, one of her otherworldly, frenetic and generally dope music videos. The game needs you, Missy.


TAGS:  missy elliott
Previous: Return To Karizma’s ‘Mind’ Next: Al B. Sure! Has Found A New ‘Home’ At Hidden Beach