Is RichGirl The Next Girl Group Of Note? 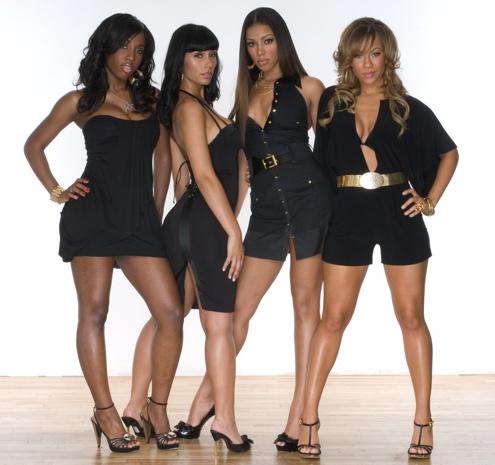 Ever since Destiny's Child took an L, people have been bemoaning the death of the girl group. And with good reason, because no one has yet to fill their stilettos and there's a noticeable void in R&B despite new groups like Electrik Red and Sophia Fresh popping up here and there. But these groups have yet to really break mainstream like the men behind them (The-Dream and T-Pain, respectively) or prove that they are more than one minor hit wonders. However, there is another group of ladies who may just have next: RichGirl.

Gathered together by producer Rich Harrison (he of "Crazy In Love" and "1 Thing" fame), RichGirl is made up of singers Lyndriette, Audra, Brave and Seven. One look at the group, and you'll quickly notice that the eye candy quotient is off the meter. But those quick to dismiss them as simply pretty faces with banging bodies may change their tune once these four ladies open their mouths to sing--because they actually can. Couple that with Harrison's hard-driving production and you have a wicked combination. Take a look and listen to the video for their single "He Ain't Wit Me Now (Tho)" below and you'll see what I mean.

Comparisons to Destiny's Child will be immediate and impossible to escape (especially with Lyndriette looking like Letoya Luckett, sounding like Beyoncé and rocking a Sasha Fierce ponytail), but it appears that unlike DC all singers in the group get equal microphone time. It's still too early to call, and there's no telling what else RichGirl has to offer on their upcoming Jive debut, but they are definitely ones to watch.