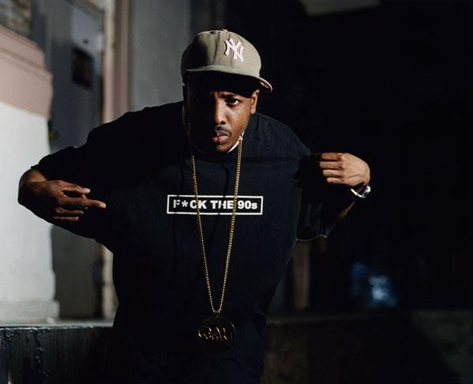 It's easy to dismiss someone that openly rails against the status quo as a hater, but this seems to be the last thing PackFM is worried about. He recently did an interview with the folks over at HipHopDX, in anticipation of his new album I F*cking Hate Rappers (best title ever), and here are some highlights:

Why yes, Mr. FM! I, too, hate rappers! One of the things I miss most in Hip Hop are cats that talked more shit, but could back it up with skills instead of the tightest pants or the whiniest YouTube interview or the auto-tuniest Billboard hit or whatever. I'm not completely sold on PackFM just yet, but he's potentially performing the Lord's work with this new album. Press play to check out the video for his lead single "Absolutely Positive."
PackFM: The Hate That Rap Made [HHDX]

TAGS:  packfm
Previous: Has Charles Hamilton Gone Too Far? Next: Hot Like Ayah: On Artists & The Music Industry