Phonte On MJ: ‘Don’t Let Them Talk About Our Brother’ 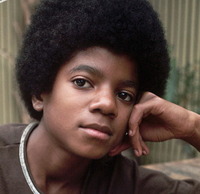 Ever since I read Phonte's tweet that he was in the "process of writing a piece on the defense of Michael Jackson's legacy," I have been waiting with baited breath to read his opinions on the matter. Truth be told, I have been in my own bubble of Michael Jackson with his music on steady rotation as a way to combat the media circus that every news and entertainment outlet is orchestrating right now. While Phonte is clear that his intent is not to canonize Michael, he is clear to point out several inconsistencies that had and continue to mar Michael's inspiring legacy. After the bounce, some excerpts from Phonte's musings on his hero.

Regarding the sexual abuse allegations:

It is my belief now, just as it was 16 years ago, that the charges brought against Michael during his 1993 sexual abuse case were false. The allegations made by Jordan Chandler (the accuser) and his father Evan Chandler always seemed suspect to me...Ask the average parent whether they'd want justice or money for their abused child and more than likely they'd say justice, if for no other reason than to protect their child (and other children) from a future attack.

Regarding the media coverage of Michael since his passing:

This essay is my plea to all people who consider themselves a fan of Michael Jackson, but especially to Black people: Don't let them talk about our Brother. Don't let his naysayers convict him of crimes that were never proven. Don't let people reduce the memory of one of our greatest heroes to that of a weird guy who wore a shiny glove and molested little boys.

Was Michael Jackson a weirdo? Of course he was a weirdo...But maybe if you had been in the public eye since you were 7, had grown ass women throwing themselves at you since you were 13, suffered physical abuse at the hands of your father, watched your father and older brothers engage in sex with groupies on tour as a child, were called "Big Nose" and "ugly" by both family members AND fans, developed a skin disease that took away the one thing you repeatedly expressed your pride for, and spent the last half of your life as the most famous person on Earth, you'd probably be a bit of a weirdo too.

Regarding the public's perception of Michael's supposed self-hatred:

Michael Jackson never tried to disown or separate himself from his Blackness at any point in his career... I mean, this was the same guy who:

-sang about a beautiful African woman in "Liberian Girl"

-donated over $25 million to the United Negro College Fund

-wrote a song called "They Don't Really Care About Us," with a Spike Lee-directed video that featured prisoners raising the Black power fist

-uhhh "We Are The World" and USA for Africa, anyone?

All excellent points in my opinion. Hopefully, after the smoke has cleared, we will be able to celebrate Michael's passing in an honorable way, instead of trying to villify a man who meant so much to so many.