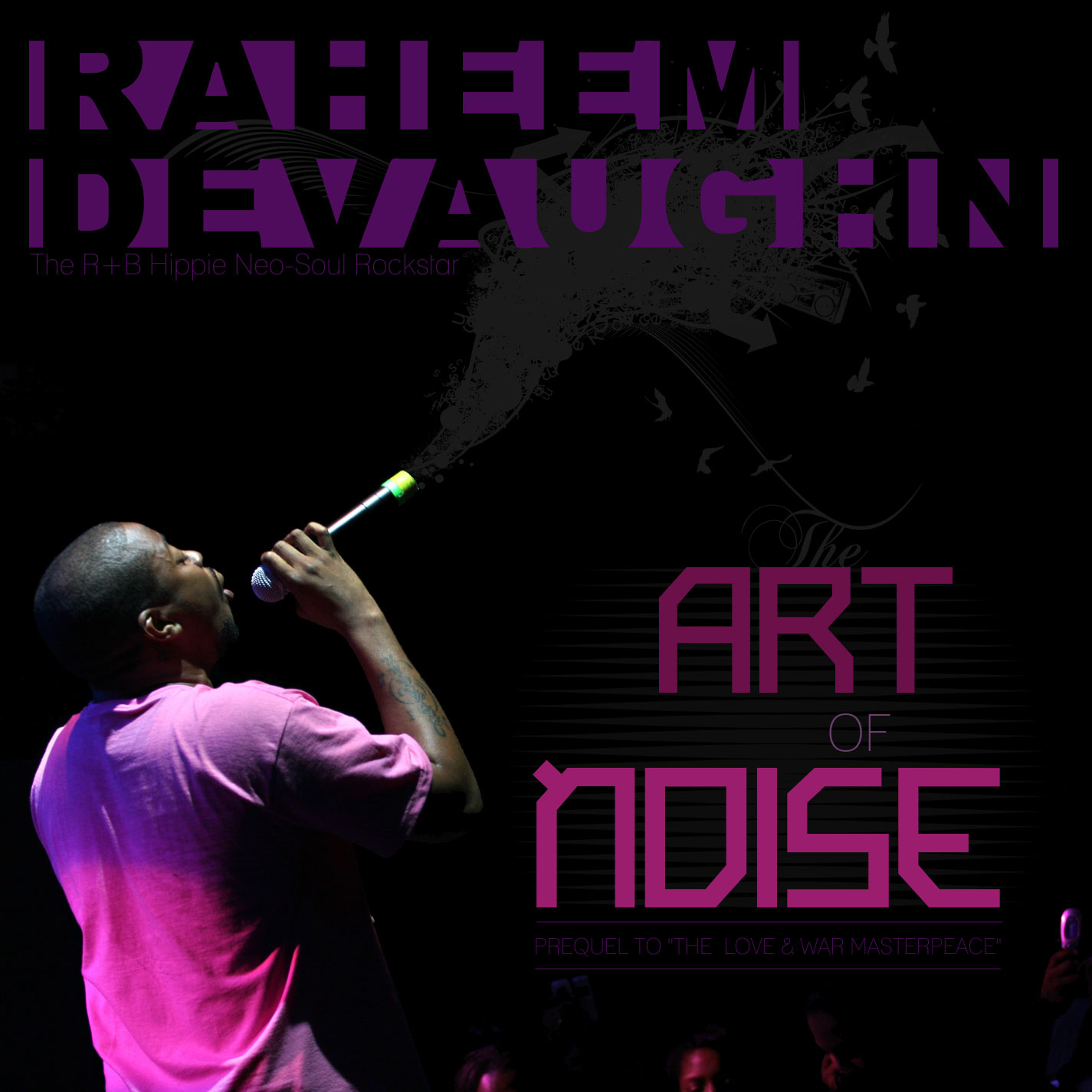 Raheem DeVaughn fans where ya at? Washington, DC's soul brotha #1 has just released the 19-song strong The Art of Noise mixtape. This collection of music is the prequel to his next disc, The Love & War Masterpeace, which will hopefully be released later this year if he and his record label can work their issues out. But while Jive pussyfoots around, Raheem is busy getting his own record company, 368 Music Group, off the ground and this mixtape is the first release from the imprint. The Art of Noise features a number of songs that have already leaked online over the past few months, but there are some pleasant surprises to be found here. Yes, there are a few songs that you may find yourself fast forwarding through, but there are a handful that will have you pressing repeat repeatedly. Guests on the mixtape include his artist Phil Adé, T-Pain on that song, and a cast of relative unknowns such as Ice the Villian, Young Chris, Stello and Kingpin Slim. Give a listen to two of my favorite cuts from The Art of Noise below, then hop on over to the 368 Music Group website to get your free download on.