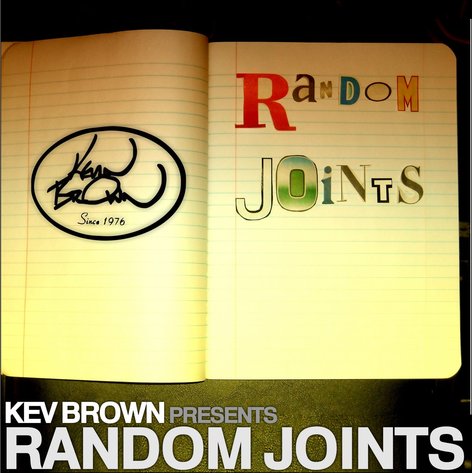 I digs Kev Brown. Not simply because he hails from my area, but also because he tends to work with a lot of our faves here at SoulBounce: Eric Roberson, Raheem DeVaughn, Wayna, V and De La Soul, to name a few. We recently saw the official release of the long-marinating Random Joints, the title track of which we've been banging since this website's infancy. For the uninitiated, we've included a taste with the star-studded "Hennessy Joint," which, by our count, would be the third version of this track. Familiarize yourself. [KB]