Maxwell Returns With A Hot ‘BLACKsummers’night’ 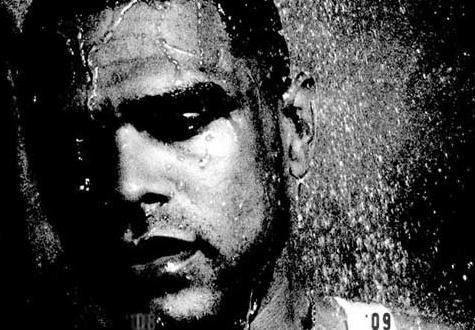 Let's just get the obvious and the default out of the way now: Maxwell
has been on hiatus for eight years. Within that time he disappeared
completely off the radar, cut his luxurious trademark afro, and lived,
as much as possible anyway, the life of an everyday person, gathering
real life experiences to build inspiration for his latest album,
BLACKsummers'night, which is the first part of a trilogy set to
conclude in 2011.

With those tangibles all other write-ups will be so eager to point out
behind us, let's get to the nitty gritty: BLACKsummers'night is a
gorgeous album. Maxwell has evolved as an artist, a musician, a man.
He's grown. Which really isn't all that surprising considering it's
been nearly a decade since his last album, Now, was released. "I've
learned that you live first, create after. That's the best order for
me," says Maxwell in his documentary, 5DAYSofBLACK, that accompanies
the iTunes purchase of the album. And live he has. This Brooklyn boy
has lived an entire life during his gutsy, self-imposed exodus from the
entertainment business, most importantly perhaps the denouement to what
seems to be a torrid, emotionally strenuous relationship. His aesthetic
style has evolved. The new Maxwell is sans the boho, neo-soul hipster
duds that defined his look in the '90s. His hair is cut low, his face
more serious, suits and a Frank Sinatra swagger are now the rule.


Whereas young Maxwell (he was only 23 when his seminal, soulful debut, Maxwell's Urban Hang Suite, was released) was tantric sex, incense and raw enthusiasm, older Maxwell is even more introspective, at times regretful and even pained. There are no sounds of bubbles in amniotic fluid per 1998s underrated and abstract Embrya. Even his song titles have become more understated. Gone are the days of indulgent the colons and backslashes seen in "Drowndeep:Hula" or "W/As My Girl." BLACKsummers'night boasts songs like "Love You" and "Cold."

What's remained the same is the Maxwell sound. Make no mistake, he's always had one. I could recognize an instrumental he crafted before his voice even touched it. Full, funky, complex, retro soul grooves. Sophisticated grown people music. Love songs for intellectuals. Our modern day Marvin or Al. And there's always been a decided masculinity about even his silkiest high notes. His falsetto may've made him a star but it's hardly noticeable when he slides into it anymore. Its familiarity is comfortable.

The opening 30 seconds of the first song, "Bad Habits," reintroduces that impossibly perfect and tender falsetto that quickly melts into a deeper, rich alto. It builds and builds and builds some more and even more, that voice, and the instrumentation. Layer upon layer each element struts its way to the forefront, building into a full on jam session with swollen horns, a funky bassline, and cocky proclamations like "I want you to prove it to me in the nude...addicted to the way you move." Most of the tracks are instrumentally braggadocios in that way. "Cold" is a bluesy house party; the basement parties that reverberate with stomps and hand claps. "You can't just leave this, you can't just think that you can quit this, she'll make you regret this, she's on top and she means business, as God as my witness," he proclaims.

A soul album would be incomplete without a love song. "Stop the World" is in the vein of any great love song. The drawn out notes tickle and tease their way up the spine. Maxwell makes you long for something--or someone, rather--who has the depth to feel the way he seems to be capable of. "I know that every man understands what that's about," Maxwell explains of the song in 5DAYSofBLACK, "where you have the baddest girl in front of you and it's all about to happen and you can't even believe it." He could've written this song waiting for a woman to change into her lingerie. It's anticipatory. "Sing me a song, sing it soft, sing it long, girl stop my world."

"Pretty Wings," the first released single, opens with haunting chimes and feels reminiscent and timeless. This may be the song where you realize Maxwell doesn't bother employing any vocal gymnastics. Not that it was ever his thing. But there's a controlled grit, a huskiness to his more mature voice, that sounds better the less he does with it. And there's an artistic construction to his music, almost as if it were created to be played live, a little different each time. The improvisation and experimentation of jazz heard in the defiant piano licks, swelling horns, and drum breaks of "Help Somebody." There's the organic stream of consciousness of "Love You," where there's not even an obvious chorus. "Honey, let me love you" he sings, but it's not begging. He's not even asking. He knows he's gonna get it, everything else is a technicality. That cool confidence is evident and signature. The understated longing of the acoustic "Playing Possum" puts a yearning melancholy to music. The horns cry, they moan, and his voice itself becomes another instrument. It only seems right the closing song, "Phoenix Rise" is entirely instrumental; I'd even describe it as being experimental.

The album as a whole is a nuanced listen, a story of love, confusion and heartache. And Maxwell sings with a longing that's never desperate but emphatic. The oft-mentioned falsetto is as impeccably smooth and buttery as it ever was, but he allows his equally strong lower register to get raspy and gravely with emotion. Once a self-described perfectionist, his new concept was "If the emotion is right, then it's right." It shows. I'd believe he recorded every song in one take and that's not a bad thing. It feels spontaneously born out of the emotional, palpable moment.

Is BLACKsummers'night Maxwell's Here, My Dear? It remains to be seen. The good news is that two other albums are forthcoming in the next 18 months. Maxwell is indeed back. These new cats better step it up because at the moment, any comparisons to today's R&B puppies, i.e. Jeremih or Trey Songz, evoke a snort of epic proportions.  Maxwell's music transcends and his intangible magnetism will keep us interested in what comes next.