Melanie Fiona & ?uestlove Take Us To ‘The Bridge’ 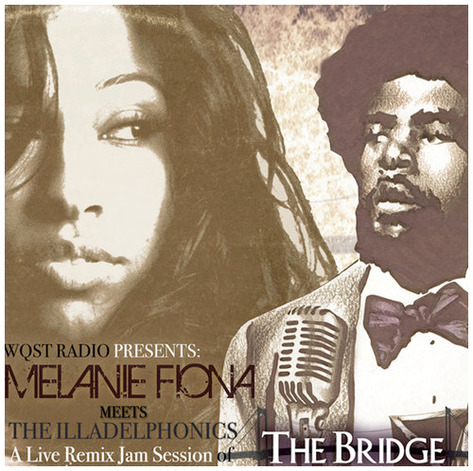 Remember when you were a child and Christmas seemed like it would take forever to come right after Thanksgiving ended? You really couldn't grasp the fact that it was only a month away and that once it came it would be so worth the wait when you got exactly what you wanted after you ripped off all the wrapping paper. Well, when it comes to Melanie Fiona's long-awaited "mixtape" with ?uestlove let's just say that I felt like I was 10 all over again and Christmas came in July. There might not be any shiny foil paper involved, but Melanie and ?uesto have definitely given us a gift with the release of WQST Presents: Melanie Fiona Meets The Illadelphonics/A Live Remix Jam Session Of The Bridge. I knew that these two were cooking up something hot for our listening pleasure, but they surpassed all my expectations. The songs on the mixtape are broken up by Ms. Fiona and Mr. Love chopping it up about The Bridge, and their conversation was very insightful and at times comedic. But the real star of the story here is the music itself, which Melanie and The Illadelphonics--featuring ?uestlove on drums, Adam Blackstone on bass, Randy Bowland on guitar and Eric Wortham on keys--bring to life. Her voice flows sweetly over the organic live productions. This is by and far one of the best mixtapes I've heard in ever. Do yourself a favor and download it ASAP, and make plans to pick up The Bridge when it drops on September 22nd. 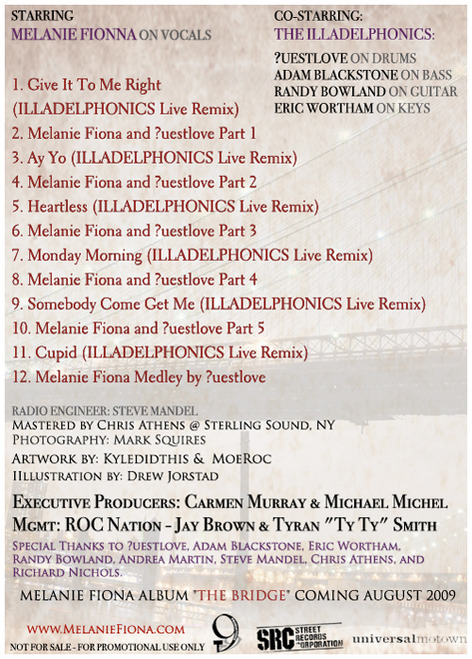