Your ‘Purple’ Production is 25, Your Highness 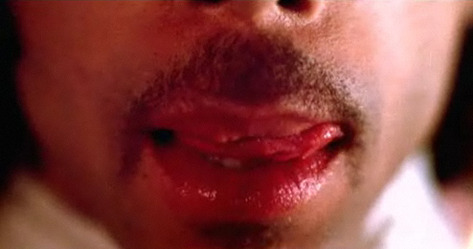 Guess what turns 25 today? Purple Rain! Yeah, we're so old! Why, it seems like only yesterday we were made to close our eyes during the Lake Minnetonka sequence.

It's difficult not to regard this era as Prince's most-definitive. It was the '80s. The music was a mix of Glam-Rock-meets-Electro Funk with a Pop sheen. The film was a satirical roman à clef filled with pulsating concert sequences, naughty dialogue and brooding melodrama that bordered on exploitative humiliation. But, more important than any of that, was Prince's hair. So shiny! 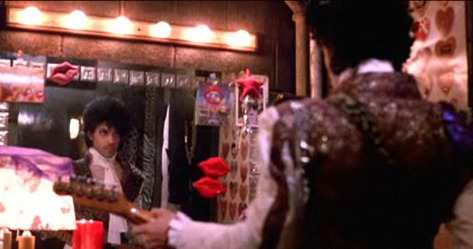 Why is this film a classic? Well, for starters, anything that effectively portrays Morris Day as the main antagonist clearly has something going for it. Full disclosure: As a child, it was hard not to view this movie as The Gospel, and so we would go on to slightly resent Morris Day in spite of enjoying his music. Chalk it up to his over-the-top arrogance and brilliant comic timing.
Then, there was Apollonia Kotero, who was cast as a replacement for Vanity and had the pleasure of portraying The Kid's put-upon love interest. We don't take away much from her performance, other than "Sex Shooter", which no 4-year-old had the right to know the lyrics to. Ahem. Also replaced in the film were The Time's keyboardist and bassist, Jimmy Jam and Terry Lewis. According to legend (which may or not be true), they were fined and fired by Prince for missing a performance in San Antonio in 1983. They were replaced with "St. Paul" Peterson, Mark Cardenas and Jerry Hubbard in The Time's new lineup as depicted in the film. Jam and Lewis would then fade into obscurity, never to be heard from again. Kidding!
And how can we forget the music? So hard to pick a favorite song! The breezy romance of "Take Me With You", the high-energy "Let's Go Crazy", the show-stopping "Purple Rain." These songs and their sequences took your breath away and managed to elevate a movie that was only budgeted at $7 million. But were we ever invested in anything other than the songs? Not even the abuse storyline, which was setup to inform the performances, made as great of an impression as the music itself. 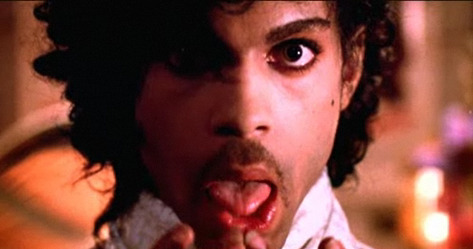 On this day, the 27th of July, two thousand and nine, we would like to salute you, oh diminutive purple genius, for gifting the world with one of the best motion pictures and accompanying soundtracks in modern times. Purple Rain, although slightly narcissistic in nature (the multiple close-ups of his eyes and lips drove home the point that he was ever-so-beautiful), remains a consummate example of a showbiz drama/musical done right.

Tell us, SoulBouncers, what are your favorite songs, moments or lines of dialogue from Purple Rain? Let us know in the comments!