Whatever Happened To The Asian Lady With The Long Hair From ‘Soul Train’? 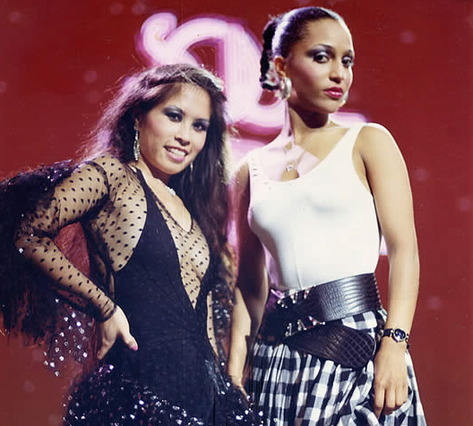 Chances are, you know exactly who I am referring to in the title without having to refer to the woman pictured on the left in the photo. If you are of a certain age, you likely remember Soul Train's Cheryl Song, the woman whose hair I coveted so much I walked around the house in a yellow towel at times to recreate flowing tresses. She was not only a featured Soul Train dancer, but was a dancer in Rick James' "Superfreak" video and also got assaulted with a kiss in the beginning of the "Beat It" video. Apparently, Cheryl also played a role in Michael Jackson learning how to moonwalk. As fate would have it, Cheryl has shortened her trademark locks and is now an executive assistant at the Transportation & Safety Association in Los Angeles. Has all this nostalgia gotten you down? Don't fret. You can still remember those good old days with Cheryl after the bounce. Props to Stylus for the intel on this one.

LAX Employee Had Role in Jackson Learning the Moonwalk [TSA]