De La Soul Has Us Loving That ‘La La La’ 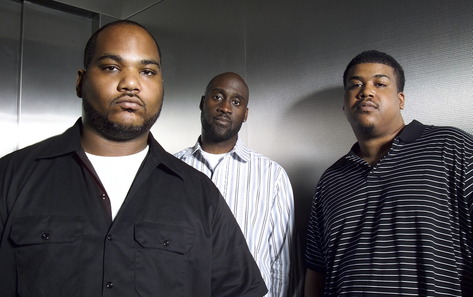 There was a time not that long ago when it was not uncommon to actually be able to listen to different genres of Hip Hop. There was a time when Digable Planets, Goodie Mob, Mobb Deep, Nas, and Wu-Tang Clan could all peacefully coexist on my CD player without fear that one of them would vie for more attention than the others. Those days are woefully over and now all we're left with are three categories of deplorable, decent, and dazzling. Thankfully, De La Soul has always inhabited the Hip Hop category of the latter, achieving success and longevity in a business where young'uns believe they have the upper hand simply because their jeans are tighter-than-thou. "La La La," from the upcoming NBA Live 10 soundtrack, finds De La rocking a beautifully banging yet subdued track with only the tightest of rhyme flows and camaraderie that 20 years in the game can afford. Listen up and pay attention. This is how it should be done. [H/T:PMB]