Is Houston’s Voice At Its ‘Whit’s’ End? 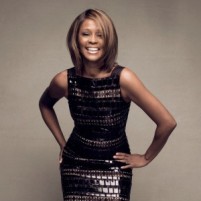 Yes, we know. Whitney Houston's voice is shot. We surmised as much after listening to the tracks from her new album, I Look To You. However, it was never more evident and obvious than after this morning's performance on Good Morning America. Although she looked great on the big stage (stunning, even!), to say the multiple Grammy award winning diva struggled and strained to hit notes that in the past would simply be part of her warmup routine would be an understatement. It was almost painful to watch at times. But that's because we're spoiled. It's because we grew up on the bombastic, otherworldly voice that brought grown men to their knees. The voice that would hit runs for breakfast, eat octaves for lunch and slay scales for dinner. Whitney + Power Voice were synonymous. Unfortunately, that era has passed. And not gracefully, either. Some say it doesn't matter. That even this much of Whitney is much better than what most of the singers on the R&B scene are offering nowadays.  I disagree. When asked by Dianne Sawyer what helped her get through the tough times, Whitney responded: "Faith." For now, I'll keep the faith that her voice can get stronger the more she sings. However, it will never be what it once was. The voice that spoiled me and the generation that grew up with it. In the meantime, if you missed the GMA performance, the clips are after the bounce. Let us know what you think when you're done viewing.

"My Love Is Your Love"