A friend said the other day--with a straight face--that Patrick Swayze's death hit them almost as hard as Michael Jackson's did. At first, I gave them the Side-Eye Supreme, but after letting it marinate for a minute, I understood. Truth: Patrick Swayze was by no means as big a cultural icon as MJ. However, just like the King of Pop, he was a huge part of our lives during our formative years. That's when he starred in most of his films, including guilty pleasures (for me, anyway) like Dirty Dancing, Point Break, Next of Kin and Road House. He was always there, even when he wasn't, like with his Oscar-nominated role as Demi Moore's dead husband in Ghost. In fact, the man made so much of an impact with that film, his last name became Hip-Hop slang. When people said they were "Swayze," it meant they were "ghost," or leaving. Gone. See? Huge! He was a true triple threat, with his acting chops complemented by his dancing prowess...and his singing ability. What, you didn't know? Check the Dirty Dancing soundtrack, where he contributed the '80s-centric, schmaltzy ballad "She's Like The Wind." The video is below. Believe me, it's OK to miss Patrick Swayze more than you thought you would. He was a part of our lives. Just like the wind. May he rest in peace. 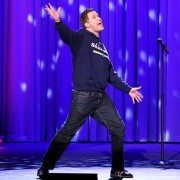 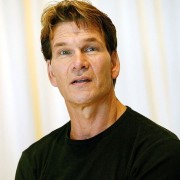