BET, Nike Present A Cypher For The Ages

The next time MTV, or VIBE, or any other institution with capital letters or acronyms for names decides to make a list of the best MCs in the rap game, they should be forced to watch the cyphers that BET (yeah, I know) puts together for their annual Hip Hop Awards show. It's the one thing they consistently get right during what's usually an evening of insanity. This year, with the help of Nike, they outdid themselves by assembling an All-Star lineup in the night's third battle, which featured DJ Premier on the wheels of steel (shut up! people do still say that), Mos Def, Black Thought and Eminem. To describe what took place during those three minutes in one word, I'd have to borrow from erstwhile rapper Black Rob and say, Whoa! The fellas went crazy, with Mos batting leadoff and giving everyone a tour of his Brooklyn stomping grounds. Em bats cleanup and destroys. However, it's The Roots' MC, up second, that absolutely annihilates everything in his path. Seriously. He gets props for both the freestyle and for rocking the Yankees fitted, even though he's straight repping Philly. Word on the Twitter streets is that The Roots and Jay-Z have a high stakes wager on the outcome of the Yankees-Phillies World Series. Love that. You'll love this. Prepare yourself and press play.


TAGS:  bet, black rob, black thought", dj premier, eminem, mos def, nike, the roots
Previous: Morning Soul: I Was A Fiend Before I Became A Teen Next: When Ledisi Made It ‘Rain’ 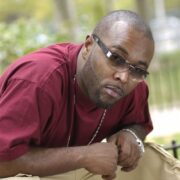