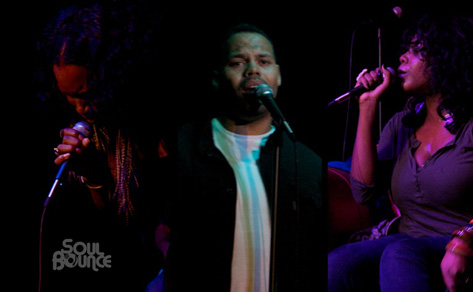 My eyes scanned the sea of dreadlocks, afros, perms, diamond encrusted watches, church shoes, sandals, designer jeans and clingy capris while the bartender poured drinks and catfish sizzled from the kitchen. This was Grooves Lounge, one of the many playgrounds for the grown and sexy of Houston. As the DJ spun Hip Hop classics on vinyl, I was eager to experience the Underground Soul Sessions featuring Eric Roberson, Choklate and Liv Warfield.

For years, the term "underground soul music" was often synonymous with rare, passionate energy honed by an obscure group of musicians and appreciated by a progressive, elite audience. It represented a movement of melodies constructed to carry stories of liberation, revolution and self-empowerment.

But what happens when you unearth this deep, rich sound and reveal it to the masses? Imagine its transformation and growth as it shines in the light of increased appreciation. Can you fathom the reciprocity between music fan and music makers within that underground soul music space? I knew my questions would be addressed on the stage that night. 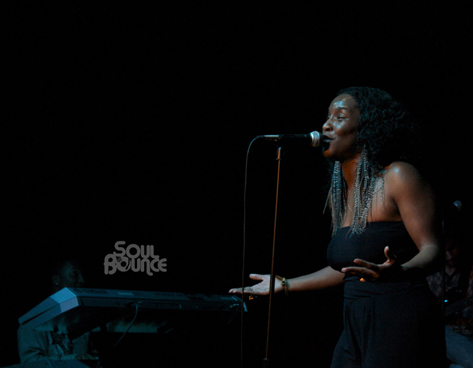 The DJ faded out his set while the emcee took to the stage to introduce Liv Warfield. While the band and backup singers set up, Liv commanded everyone's attention as she walked barefoot onto the hardwood floor. Whispers of "who is she?" and "what does she sing?" bounced throughout the room until this beautiful songstress released her explosive voice into the microphone. The highlight of Liv Warfield's set was her honest lyrics in "Brotha Man" and the incredible female drummer who held her down. It's no wonder Prince selected Liv as one of his backup singers. 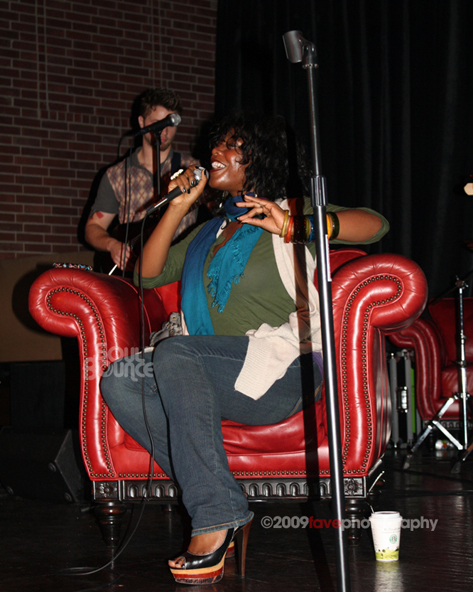 After a brief intermission, Choklate arrived to give us her playful brand of soulful storytelling. The stage transformed into her living room--complete with a red, leather love seat. Her funky renditions of "Suns Out" induced a bit of chair dancing in the crowd. She also reminded each of us to find our "Incredible," which is one of my favorite Choklate tunes. Her set was part musical, part theatrical and completely dazzling. Choklate's strong alto is as full and bold as her voluptuous persona. Her solid performance left us cheering and smiling. 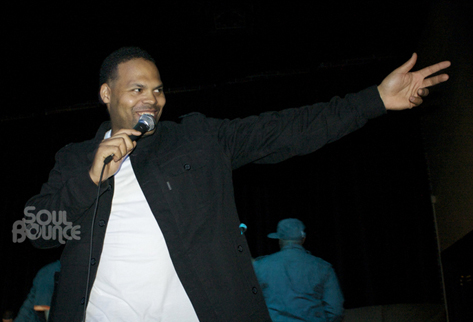 A few moments later, Eric Roberson jumped onstage as the crowd stood to their feet. He started off with "The Newness," the first track on his latest album, Music Fan First. His band--including guitarist Curt Chambers--carried us through a diverse playlist of grooves and ballads. Erro worked in his own brand of theatrics: singing to a digital camera, inviting ladies to sit onstage with the band and performing a live version the house classic, "Percolator." We shouted "AMEN!" as Erro transformed "Obstacles," his tale of forbidden love, into a mini-sermon urging us to move obstacles in our lives out of the way.

No Eric Roberson performance is complete without a freestyle song comprised of phrases provided by the audience. This time, the words were: afro, autographed CD, pepper, wardrobe malfunction and anesthesia. (Check out how he put these words together in the video below.)

After the show, the performers hung out in the lobby to meet everyone. Ms.Warfield, a virtual stranger to the Houston audience, sold every copy of her Embrace Me LP. Choklate signed copies of her To Whom It May Concern CD while Eric chatted with everyone in his path and signed copies of Music Fan First. Curt Chambers was on hand to share his ministry of sound with copies of his Incredible live project. It was fantastic to see independent artists supported in a big way. 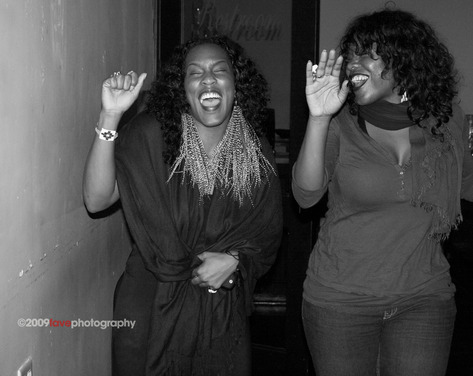 Houston will never be the same. These three uber-talented performers gained a plethora of new fans that will undoubtedly spread the word throughout their communities, workplaces, Facebook pages and blogs. In the midst of mainstream's musical famine - Eric Roberson, Choklate and Liv Warfield have prepared a feast of truth and authenticity for our spirits.