Quiet Bounce: Got Stacks Like The International House Of Pancakes 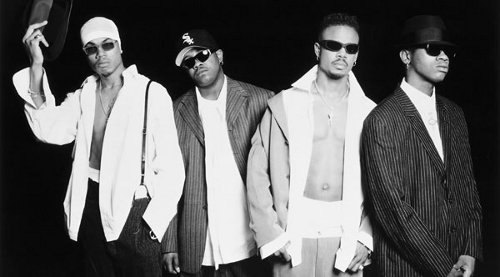 When it came to male R&B groups in the mid-'90s it was all about Boyz II Men and Jodeci. Nate, Mike, Shawn and Wanya were the young men you took home to mama, and K-Ci, JoJo, Mr. Dalvin and DeVante Swing were the brotha's you took to your home (well, at least the latter two). Jodeci was all leather, tattoos and weed smoke. When their third album, The Show, The After Party, The Hotel, dropped in the summer of 1995
there was one song in particular that stood out from the pack, "Freek 'N You," which was a grind-worthy slow jam. But it was the remix to this track featuring Wu-Tang Clan members Raekwon and Ghostface Killah that really flipped you over and had its way with you. The "Freek 'N You" Remix was the soundtrack to thug passion and to this day is still one of the coldest remixes ever. It's not a game when this one plays.
Center