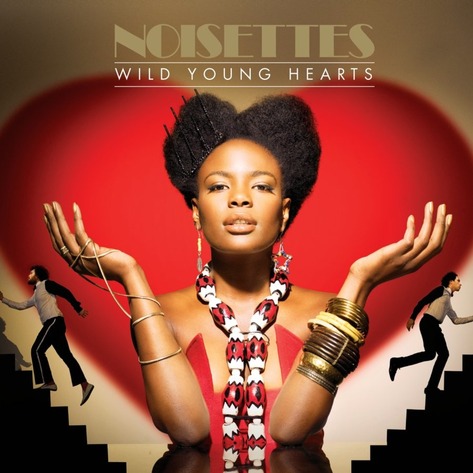 Its certainly been a great year for once-critical-darlings-now-Pop-phenoms Noisettes. While I always love their eclectic sound and the energy that frontwoman and bassist Shingai Shoniwa, I am a tad bit more partial to their first album which rocked oh so hard. Now that you can buy their new album Wild Young Hearts on Amazon for five dollars--yes, you read that correctly--and their new material is being mashed up with Kanye West's 808's & Heartbreaks, methinks their star is about to shine that much brighter. And you want to know what else? We're giving away 3 CDs to 3 lucky winners courtesy of Universal Music Group. Details are after the bounce. In the meantime, take a listen to the aforementioned mashup from the folks over at Okayplayer and let us know what you think of it in the comments.