The ‘Evolution’ Of Brian McKnight 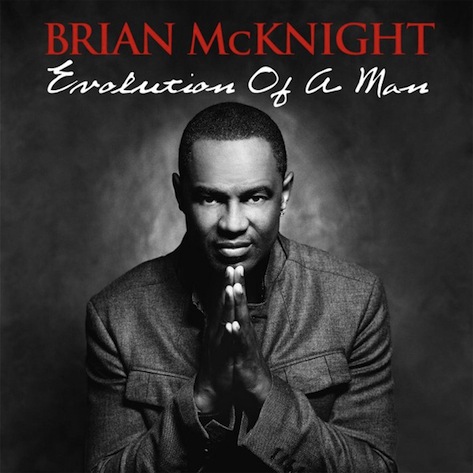 Music veterans build their reputation through years of constant dedication to their craft. In the case of Brian McKnight, he's endured the battle scars of love and connected his experiences to ours with heartfelt R&B compositions. His eleventh studio album, Evolution of a Man, reveals new dimensions of Brian we've never heard before. There are a few tracks cradled in the comfort zone of contemporary R&B--proving he's still the go-to guy for saying all the things women want to hear. Overall, Brian's experimental approach in Evolution leaves you feeling some kind of way as he awkwardly weaves in and out of musical lanes.

The lead single, "What I've Been Waiting For," is a soulful confession of a commitment-phobe surrendering to love:

This grooving ballad is of full of atmospheric keyboards and tight harmonies straight from the old McKnight playbook. When this song dropped this past summer, I let out a sigh of relief without realizing it was a false sense of comfort. This isn't a soft, sensitive balladeer with his heart on his sleeve. Evolution of a Man is an unusual journey through the world of an experienced brother mired by heartache, spiritual awareness and wayward emotions masked in a thin layer of braggadocio.

"The Brian McKnight Show" is the album's heavily Auto-Tuned opener directly related to his late night talk show. Side effects of this synthesized jingle include involuntarily side-eye, double takes at your playlist and/or ejecting of the CD to make sure you have the right one in your player. I encourage you to lean on Brian's history of hits and give him a pass as you press through this awkward 90 second intro.

Brian does deliver a handful of stand-outs within this album. "Always Be My Baby" has a simple beat with acoustic guitar accents that provide an excellent bed of melodies for his voice to shine. "Just a Little Bit" is destined to get some serious Quiet Storm airplay as Brian stresses the importance of taking things slow against a mid-tempo groove.

His attempt to fuse reggae and jazz in "While" seems to be a hat tip to Stevie Wonder's "Master Blaster (Jammin')," but Brian's vocals and keys come off too smooth for the raw grit of reggae. "Never Say Goodbye" is a rock-inspired power ballad that sounds more like a regurgitated Chicago tune.

"Baby It's You" is rooted in gospel riffs reminiscent of Take 6, the Winans Brothers and Kirk Franklin. Brian takes you to church as he professes his love in the purity of piano, strings, bass and acoustic drums.

Brian McKnight: "Baby It's U"

Despite its tricky missteps, Evolution of a Man is a pretty solid album. Like most veterans, Brian has proven himself over time and has earned a right to try more abstract approaches in his music. This album lacks the predictable coziness of Anytime or Back at One; however, it has more foundation than Superhero or Gemini.

As he reinvents himself with each album, I appreciate Brian's consistency in staying connected to the same audience that supported him in the '90s while picking up new fans along the way. With the launch of his TV show and ongoing radio syndication, Evolution of a Man is just a glimpse of Brian's growth as a strong voice in R&B who isn't afraid to take chances and diversify his media portfolio.


TAGS:  album, audio, ballads, brian mcknight", chicago, crooner, evolution of a man, new, r&b, radiohead, show, soulful, stevie wonder, televsion
Previous: Get Your ‘Heels’ Knocked Off, Now With Visual Aids Next: KiDz In The Hall Are Droppin’ Quarters And Heat In The ‘Jukebox’