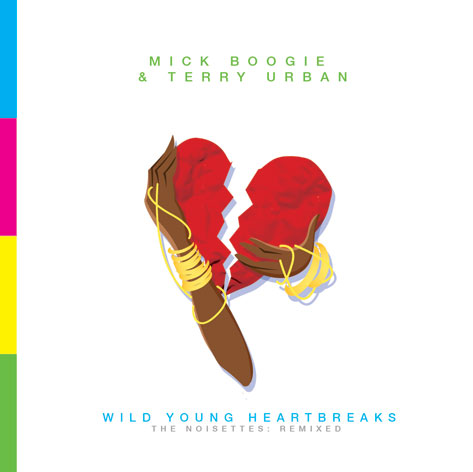 The awesome that was The Grey Album aside, most mashup albums aren't very good. Kenny Rogers x The Chemical Brothers? Frank Sinatra x Gucci Mane? I'm exaggerating (I think), but my point is that what intrigues conceptually doesn't necessarily translate aurally. However, the combination of a capellas from UK group The Noisettes' Wild Young Hearts album and new beats created using samples and inspiration from Kanye West's 808s & Heartbreak yields pretty great results. Wild Young Heartbreaks, curated by Mick Boogie and Terry Urban (of Viva La Hova fame amongst other masterful mashups), features remixes by producers 6th Sense, Apple Juice Kid and Double O and the familiar sounds of 808s get a right re-imagining thanks to the sultry and coquettish voice of Noisettes' singer Shingai Shoniwa and guest stars like Christian Rich and Esso. Although the album is only eight songs long, none over four minutes in duration, there's plenty to enjoy. And enjoy I did, so much so that I had a bit of difficulty narrowing down a
couple songs to deem standouts. Shoniwa's transformative croon is the real find here; it's equal parts Beth Gibbons, Amy Winehouse and Chrisette Michele.

Download Wild Young Heartbreaks and get the tracklisting on Okayplayer.com.