Home Diggin' in the Crates, Month of Mary 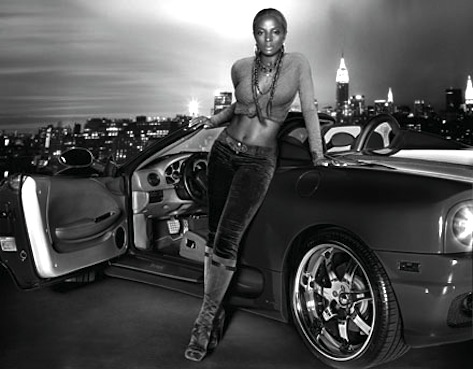 As the Queen of Hip Hop Soul, Mary J. Blige has built an impressive catalog of gully dance grooves and deep slow jams. But did you know that her remix game over the years is also ridiculously off the hook? I'm talking about a true remix: where the music and lyrics are re-invented to advance the original concept--giving you a new dimension of aural satisfaction.

"Seven Days" was written and produced by Malik Pendleton and featured on Mary's Share My World
LP in 1997. This soul-stirring ballad centered around two friends who
took their bond to an intimate level and now they must determine the
next step in their relationship. If you've never unexpectedly slipped
out of the friend zone into the bedroom, Mary paints the picture for
you. Her emotions of confusion, passion, sincerity and fear pour from
her raspy alto as George Benson supplies the melodic interpretation of her angst in delicately placed guitar riffs:

"I never thought that I / Would fall in love with you / But since the day we kissed, I knew it had to be you."

The "Seven Days Remix," released in the UK, highlights a more
streetwise Mary breaking down the situation against the backdrop of new
music with jazzier rhythm (the original is in 4/4 while the remix is in 3/4 time--for your music theory heads). The humble hints of perplexity found in the original lyrics are replaced with much grittier undertones:

Yeah, that sounds like the Mary we know. And while the energy in her
remix detours from the subtleties of the original, it does retain the
sultry execution and demonstrates her versatility within a subject
matter.

As we continue to celebrate our Queen during the Month of Mary, I
encourage you to marinate on the original and the remix and share your
thoughts on them in the comments.