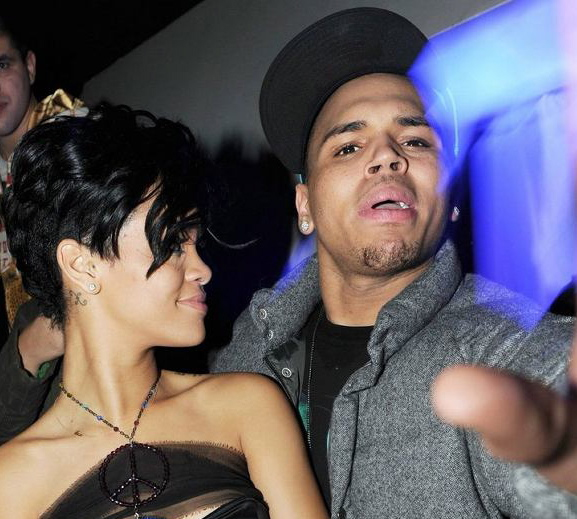 It seems as though some people are now voicing their opinion on the Chris Brown-Rihanna domestic violence incident that occurred earlier this year, nine months after the fact. This is definitely due to the fact that Rihanna's new album is set to be released soon, and her explanation of the events of the incident in an interview with Diane Sawyer last night. Nevertheless, the National Coalition For Men (NCFM) issued a statement yesterday imploring Rihanna to "woman-up" and "be forthcoming about her own violence and to address the problem honestly."
Right

Now, before some of y'all jump all on my back about this, let's remember the following:

Physical violence in a relationship is wrong. Period. I am not going to unwaver from that stance. But I am also not going to entertain anyone's notion that "we weren't there so who knows what she said or did to make him go off." According to Jozen, author of Until I Get Married:

I think that pretty much says what needs to be said, from my point-of-view on this matter. Yes, domestic violence against men exists. But the overwhelming majority of the time, most men are physically stronger than women to the point of inflicting severe physical, not to mention, emotional damage to the person they have assaulted. Refresh your memory on Rihanna and Chris rekindling their romance post-assault to remember what emotional damage looks like.

Back to the NCFM's claims, the danger in publicly wanting to assign blame to the unequivocal victim in this situation is to deflect blame from the assailant. You ever wonder why some egregious crimes don't make the news? Sometimes it is because by bringing attention to the assailant, the rights and respect of the victims become compromised.

I hope that Rihanna can one day admit that her hitting Chris Brown was wrong. But that has to be on her own terms and not by a group of men who were not there. Her physical wounds may be healed and she may have resumed the top spot on all the gossip and fashion blogs. To put a young woman on blast such as the NCFM has done, however, is in many ways tantamount to reliving the initial assault. In essence, leave her be. Let her grow up. Let her leave the spotlight a bit. Then maybe when she emerges as a woman, she'll be willing to say something deeper about it.