Reflections On ‘My Life’ 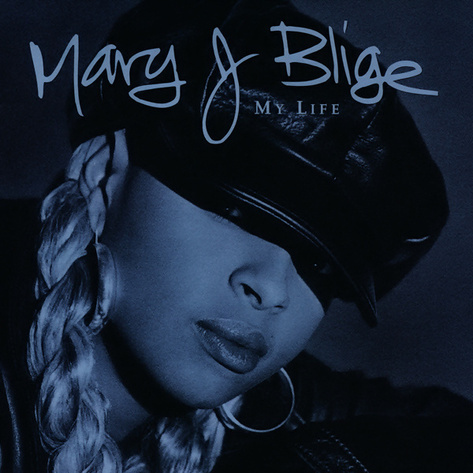 Fifteen years ago today, My Life was released and, through that collection of songs, that collection of angst, heartache and pain set to music, Mary J. Blige became our Queen. She earned that throne with that one album, slowly worked her way from hapless to happy in order to wear the crown. Over the past 28 days--our Month of Mary--SoulBounce has given My Life new life, dissecting each track from that sophomore disc. We've viewed all of the videos, praised each producer, pondered her path to majesty through mixes and live performances. In short, we've put together a month fit for a Queen. And believe it when we say that the best is yet to come.

Today, on its actual anniversary, it's also fitting that we present after the bounce an esteemed panel of our colleagues, consisting of Soul music bloggers, DJs and podcasters, all sharing their personal reflections on My Life, showing that that collection of songs was so more than just a tracklist. It was, in fact, a movement. One that won't be slowed anytime soon.

All Hail the Queen!
Center

My Life is a sign post at so many crossroads. Uptown ceding to Bad Boy. The last gasps of New Jack Swing finally giving way to rap-and-B. Our parents' record collections molding our tastes even when we weren't paying attention. And for me as a young music fan and budding DJ, it was one of the last projects where mainstream R&B gave me the dance floor, the bedroom and true emotional depth all at once. It was quiet storm, sweaty basement party and something to lose one's self in on a melancholy day accompanied solely by headphones. It also spawned a flurry of singles with amazing remixes that were straight crack for us DJs. Just seeing an Uptown sleeve in my stack of new promos around that time was enough to fill me with anticipation. My Life is the album where the spunky around the way girl we were introduced to on What's the 411? made me want to swoop in and protect her from the pain she was giving us a controlled view of. How often do we get sophomore projects like that in R&B these days? Exactly.

Back in '94 when the My Life CD dropped, I was going through a breakup with
my boyfriend from college. It was like each and every song was tinged with
things that were wrong with our relationship or why he and I should no
longer be together. You know how they say, "Music is good for the soul,"
well, they didn't lie. While Mary was pouring her heart out, so was I.

Each song on the album was spectacular, but there were two songs that stood
out the most to me: "I Never Wanna Live Without You" and "Don't Go." Both
songs dealt with trying not to let go, even when you know it's for the
best. And that's a hard thing to do. You know it's something that you
have to do in order for you to grow, but there's still a piece of that
person that's with you. The My Life album was like your musical
therapist.

I came to own and enjoy Mary J. Blige's My Life much later after the release date, as I was a pigtailed first grader when it was released. At that time, I really knew nothing of the trials and tears that of the Queen of Hip Hop Soul was suffering from; just that "I'm Goin' Down" was playing on the radio and Mary could rock a mighty blonde haircut.

When I began to build up my Mary J. Blige collection, My Life was purchased, but upon first listen it didn't grab me, possibly because I was still, again, too young to appreciate its soulful grandeur. Then in high school, My Life's contents became a little clearer and Mary's voice more intense, especially after I started to experience my own trials and tears in my life.

Pretty soon, the soulful haunt of the title track and "Be Happy" became my cotton comforters, my electric blankets, the musical hugs of reassurance that everything was going to be okay, because Mary herself had gone through the same experiences of love, loss, sadness and strife. The beauty of it was that she knew how to project it so strongly through a song to where it was understandable. That expression was how over the years, My Life became a musical reassurance for me.

In my mind, My Life is an album that has to grow with you--because of the learning and growth Mary does throughout each song, and the growth and knowledge you gain just by listening.

I remember being in NYC on the weekend following the release of My Life. I waited anxiously by the radio, each time I heard a track played by the then fresh Funkmaster Flex. Best believe, I was letting my tape rock until it popped.

You know when you hear something and know it will be special? The mere intro to "My Life" from Roy Ayers' "Everybody Loves the Sunshine" was truly an indication that it was going to be so much more than just a mere sophomore release. Listening to Mary J.'s emotions pour out of her at the most troubling time in her life was therapeutic to many a female. It was her roller coaster ride of sorrow, joy, emptiness and fulfillment. As much as men love this album, they still joke about that to this day!

I even got in trouble with my boyfriend at the time, trying to steal his album, but I've had to replace it three times, due to sticky fingers passing through my collection. One time I took myself to Beat Street hoping to get my hands on a vinyl copy. I had to settle for the CD, but that year it was second to none, hands down, the baddest album I purchased.

Simply put, from "Mary Jane (All Night Long)" to "Be Happy"--it's a classic. My Life will always be a reminder of that great weekend I spent in NYC obtaining my musical fix, it will always be my breakup to make up album...and, yes, I still do have that tape--that's vintage stuff right there. Happy anniversary, My Life!

The My Life album spoke to everything about me as a young single black woman who loved Hip Hop in the '90s. A classic!

With her heart-wrenching take on "I'm Goin' Down" and the search to love one's self again before another that is "Be Happy," My Life represents the Hip Hop Soul maturation of Mary J. Blige that some weren't ready for, but ultimately had to happen. There's a delicate and unflinching look inward on this release that one could argue would guide her through her musical career (and her outreach on behalf of women) up until this point. I'm in agreement with the late Sekou Sundiata's closing thoughts in his poem "Mary J. Blues" where he states: "so, she gained a little weight / sings in and out of key / your voice shakes, too / when the truth comes due."

I've been a fan of Mary J. Blige since I received the soundtrack to Strictly Business at my college radio station and heard "You Remind Me" for the first time. As much as I enjoyed the new sound of Hip Hop Soul introduced to us on What's the 411?, it was My Life that solidified her as an artist. This album was an emotional roller coaster. You didn't need to read the gossip pages to know the turmoil she was going through in her personal life. All you had to do was listen to this album from beginning to end. She starts off proclaiming she doesn't want to fight. By the end of the album she's saying all she wants to do is be happy. In between is every ebb and flow that a relationship can endure. This album spoke to me daily for almost a complete year because I never heard a current artist bare their soul on wax like this before. It was blues. It was soul. And, most of all, it was Mary.