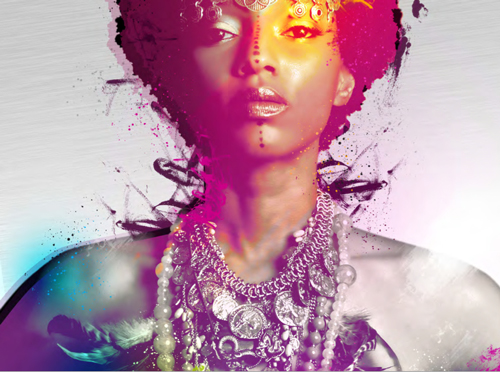 Res' first album was indeed a classic to those of us who prefer our Soul to consist of an amalgam of styles that are just plain good. There was no doubt that Res was a rocker girl at heart but she was also into a little bit of country, a little bit of Hip Hop, and lot a bit of anything else that struck her fancy. She's luckily remained on our radar with her collaborative input in Idle Warship with Talib Kweli and Graph Nobel. In all honesty, I only listened to their work because I have been fiending for some new Res since her first album How I Do landed in my lap literally when in was released in 2001. Thankfully, the wait for a new Res solo album is no more. Black.Girls.Rock! in short is something you really need to cop then listen to since she is giving it way for free. Think of this album as a continuation of How I Do, the transition between the two really is that amazingly seamless. Take a taste below, then feast on more by grabbing it from her website later.

Res: "Not A Pretender"