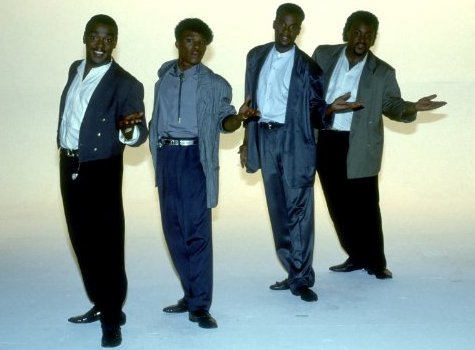 The Verrazzano. The John F. Kennedy. The Samuel I. Newhouse. Those are names of various Staten Island ferries where, if you traveled on any of them during the early '80s, you may have found the Force MDs perfecting their doo-wop skills in the middle of the main cabin. It's what they loved to do before and after getting their record deal back during a time when, you know, singing still mattered. Tommy Boy Records came knocking in 1984, and the group was finally put on the musical map outside of their home borough. The song that did it? "Tender Love." The slow jam classic placed them in the Billboard Top Ten as well as on the Krush Groove motion picture soundtrack, and today, is a staple on every Quiet Storm station across the land. Sure, the group had other hits, but this is the one you'd want to represent them. Hell, if I could go back to those ferries in the 80s, this is the one I'd want to hear them sing. The one song that undoubtedly made the East River quiver. The one that would literally rock the boat. Enjoy.
Center


TAGS:  audio, force md's
Previous: Jesse Boykins III Recreates ‘Beauty’ On Its Anniversary Next: Morning Soul: Everybody All Aboard