SoulBounce’s Road To The GRAMMYs With Eric Roberson 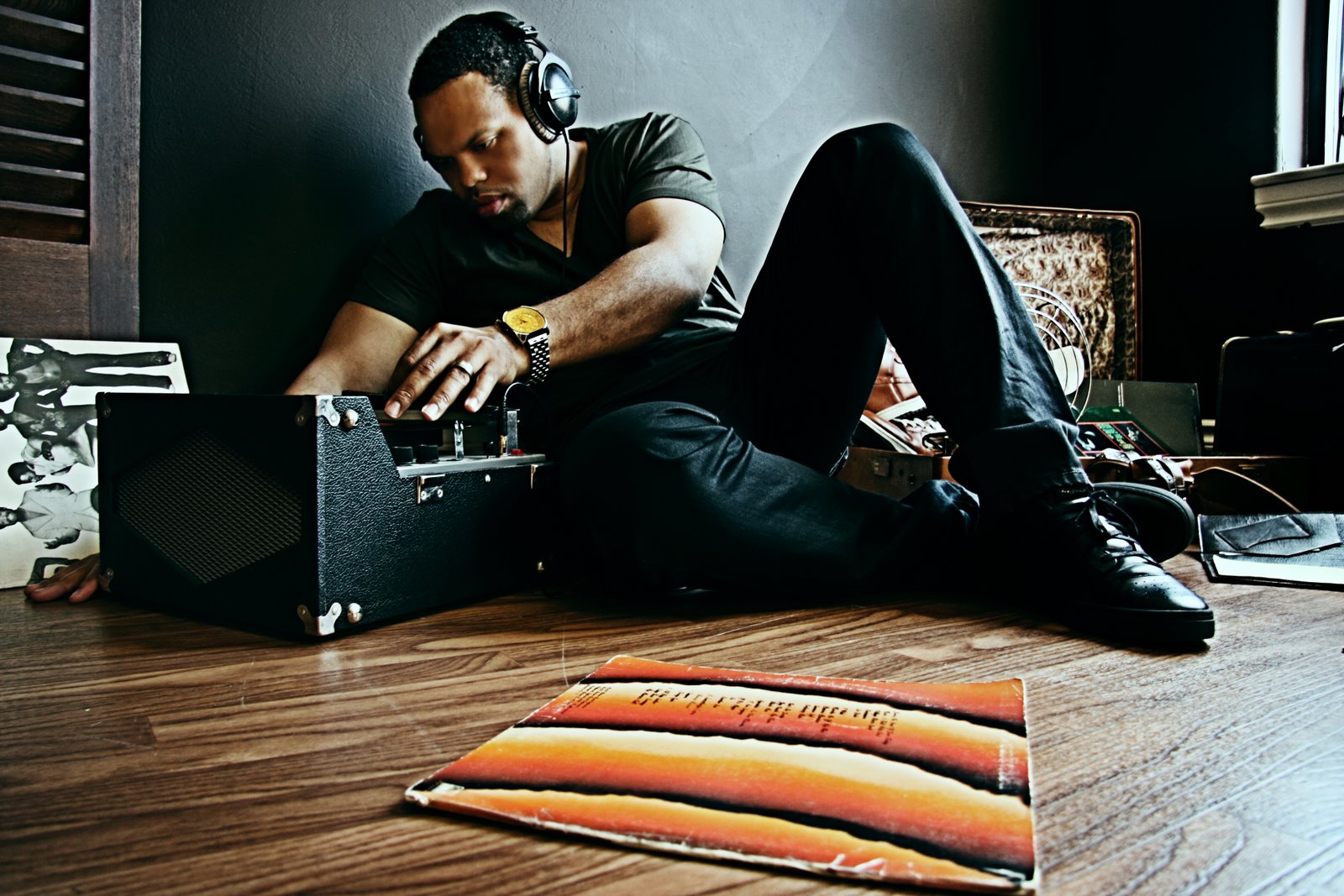 Eric Roberson. Just saying this name makes me smile. He's an artist and a gentleman, and now he can call himself GRAMMY nominated thanks to his song "A Tale Of Two" featuring Michelle Thompson and Ben O'Neill, which is up for Best Urban/Alternative Performance at the 52nd Annual GRAMMY Awards happening this Sunday night.

Since SoulBounce's inception, we've been riding conducting the Eric Roberson love train. There's no bandwagon for us to hop on because we've been at the forefront of covering the King of Independent Soul, and we're glad that the world is finally catching up and recognizing his talent for what it is. We talked about Music Fan First before the album even had a name, follow the man's every musical move and he is, in fact, the only artist who has had a song on my year-end countdown for three years running. Yeah, we--and, specifically, I--got it bad. But after one listen to an Eric Roberson song or trip to see him live in concert, you'll understand why.

There are a handful of artists who can do no wrong in our books, and Erro is one of them. Hit the bounce for a small collection of the extensive coverage we've given him here at SoulBounce over the years.
Center

And In Eric Roberson News

If you've ever been to an Erro show, which if you haven't I strongly
suggest having been to eight of them myself, then such a stellar
performance was to be expected. However, what was unexpected was his
announcement that he is back in the studio and has already completed
five songs. Oh! Happy! Day! Not that I'm tired of his February release,
...Left, because that stays in heavy rotation in the Butta
household. But the possibility of new tunes at some point soon from one
of my favorite artists is enough to make me break out into a soul clap...

Please excuse all the exclamation marks in the title of
this post, but to say that I'm excited to get official news that Eric
Roberson's new album is coming this year is a serious
understatement...In addition, Erro has narrowed the proposed titles
down to Music Fan and The Newness, and he needs help from his fans to choose between the two or to suggest something else equally dope.

Calling All Music Fans: Be a Part of Eric Roberson's New Album

We are counting the days until we
get our hands on Eric Roberson's new album here at SoulBounce.

For The Music Fans: The Era of Erro

If there's one artist who embodies the independent spirit
of SoulBounce it's Eric Roberson. He's the quintessential entertainer,
a focused businessman and a cool, down-to-earth cat. When we got word last year
that he'd been working on some new material, we could have done
Olympic-caliber back flips. Because we know that unlike some artists
who tease us with album news but no albums, Erro delivers on his
promises. And deliver he will this June with the release of his next
studio album, Music Fan. It's safe to assume that it will be another collection of bangers given the heat that he's blessed us with over the years.

It's been a whole two days
since I've mentioned Eric Roberson on SoulBounce, but I'm not sleeping
on my job because much like Erykah Badu I stay woke when it comes to
all things Erro. And I'd be remiss if I didn't bring everyone up to
speed on his upcoming album Music Fan First.
Although it was originally supposed to drop this month, the album has a
new official release date of August 25th. The first single should be
dropping some time this summer, and if you get a chance to see Erro
live in concert then you can hear him singing some cuts from the
upcoming set as well. I've seen him perform a couple live already and
he doesn't disappoint.

Eric Roberson, aka Erro, rocks. But you already knew
that. What cements this is his ability to not only produce great soul
music, but to put souls at ease.

...leave it to Eric Roberson to turn my frown upside down. Not
that Erro has to do much to achieve that feat in general, but with the
unveiling of his new album cover, I can't help but show all 32. He debuted it on his website last night, and I nearly broke my finger clicking on the link in my RSS feeds to see what the cover to Music Fan First looked
like. It's everything and nothing like I expected. Erro looks über-cool
on the cover chillaxin' on graphically enhanced asphalt with an old
school record player and the fruits of a cratedigging excursion
surrounding him. I'm loving this for the simple fact that this means
that the album is coming sooner than later--August 25th to be exact.

To say that I have been patiently waiting for Eric Roberson's new album is an understatement of epic proportions (just check our archives for proof). Music Fan First will
finally see the light on August 25th and make a perfect belated
birthday present for a sista. But just in time to make the cut before
my special day is this promo video for the new album...Can I just say
that this is better than any birthday cake and ice cream? Thanks for
the gift, Erro!

As quiet is kept, I've really had to restrain myself from not going buck wild crazy with the Eric Roberson
coverage on SoulBounce. Because if this were my personal blog then I
would devote a good 2-3 posts a day to this man and his music, which I
both love with no limit. But I decided to keep it simple here at SB,
even the midst of the "17 Days of Music Fan First" countdown,
otherwise this would favor Erro's official website. But I can't contain
myself any longer after getting my hands on this smoking hot track from
Music Fan First. After years of begging for a new House song from Erro, "Wanna Believe It Again" is the song I've been waiting on!

Eric Roberson Does It For The Music Fans First

Roberson, who has been anointed by some the "godfather of independent
soul music" executes the razzle-dazzle of the show well but has always
infused it with a warmth that's endeared him to a devoted fan base.
That he puts himself in our shoes on this record reflects his
humility, that he's a family man, he zoomed in on his wife during a
rendition of "Def Ears," reflects a maturity desperately needed on the
airwaves.

Major congratulations are in order for SoulBounce fave Eric Roberson who has landed on not one but two Billboard charts. He announced the good news on his blog this week and no one could be happier for him than us here at SBHQ.

Quiet Bounce: 'Dealing' With The Situation

Each generation has their musical adaptation of infidelity
(e.g., "If Loving You is Wrong" and "Secret Lovers"). Eric Roberson
brings a soulful perspective on the topic with "Dealing," an incredible
duet with Lalah Hathaway.
It has a 21st century sound, with fleeting synths and ambient piano
riffs, but the vocal entanglement of Erro and Lalah is timeless,
heartfelt confusion.

Eric, or Erro as he's known the world over, just has that winning
combination of honest music, forward thinking and an awesome
personality that shines through in everything he does. And boy did he
shine in 2009. This year found him releasing his most ambitious and
all-around delightful project to date, Music Fan First and we were all caught up in the newness.

As you can see we've said quite a mouthful about the talented Mr. Roberson. But every word has been from the heart for someone who touches our souls. This GRAMMY nomination couldn't have happened to a more deserving artist or genuine human being. The Best Urban/Alternative Performance category is a tough one to call this year, but whoever wins will be more than deserving of the accolade. Here's to hoping our boy Erro takes the statue home.