SoulBounce’s Road To The GRAMMYs With Ledisi 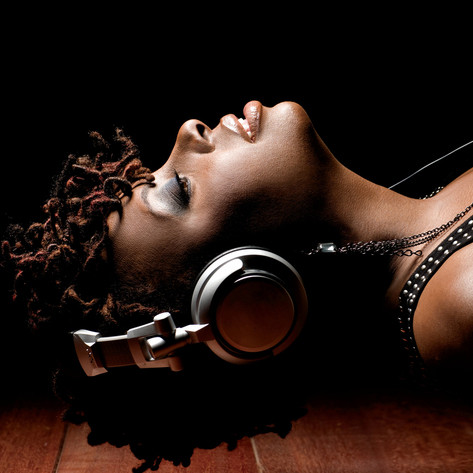 There are singers. And then there is Ledisi. The woman is a vocal dynamo, impressing with each note that escapes her mouth. In today's sea of model chicks parading as vocalists, Ledisi is stick-to-your-ribs Sunday dinner at grandma's house to their fast food. After years of setbacks and discouragement, her last two albums have put her on the mainstream map and she's not going anywhere anytime soon. Nor do we want her to.

With nominations for Best Female R&B Vocal Performance for her hit song "Goin' Thru Changes" and Best R&B Album for the equally impressive Turn Me Loose at this 52nd Annual GRAMMY Awards, Ledisi is receiving long overdue love and accolades for what we've known all along. SoulBounce has been in this sista's corner from Jump Street. A glance trough our archives will show that we've been singing her praises from the highest mountaintop to anyone who'd listen. If you missed a beat or just want to relive some of the lovely things we've said about Led, then hit the bounce for a recap and tune in on Sunday to see if she is victorious in her GRAMMY pursuit.

New Ledisi Album To Be Turned 'Loose' This August

How excited are we to find out that Ledisi has a new album coming our way this August? Very! Her stellar Christmas album was just enough to tide us over last year after we wore out 2007's Lost & Found,
but it's kinda hard to explain listening to her yuletide songs in the
middle of June. But come August 18th, we'll have her new album, the
provocatively titled Turn Me Loose, in our hands and anticipation for some new music from your favorite singer's favorite singer is ridiculously high.

Listen To Samples Of Ledisi's 'Turn Me Loose'

Last week we received confirmation that Ledisi's new album, Turn Me Loose,
will be arriving this August to make summer even hotter, and now we get
to hear some of her future hits. That's the good news. The bad news is
that we only have snippets of four tracks from the 14-song album to
share. But, quite honestly, a sample from our girl Ledisi is better
than a full album from most, so we'll take it!


Ledisi Is 'Goin' Thru Changes'

Anticipation is at a fever pitch since hearing some snippets from the upcoming collection,
and now we get to hear the first single and it is everything we've come
to expect from the Soul siren...The lyrics grab your attention, but
it's her consistently stellar
vocals that wrap you up like a warm hug that you never want to end. Add
this to Ledisi's growing catalog of classics.

How hot is Ledisi's new album cover? Embodying the new disc's title in a major way, Led is cute and carefree on the cover to Turn Me Loose,
which hits stores next month. Flaunting her new hairstyle and lots of
leg, this fun first look makes me definitely want to hear what's on the
disc come August 18th--if I can wait that long.

Ledisi Got Us 'Trippin'

With her new album mere weeks away from release, the countdown to Ledisi's latest, Turn Me Loose, is on and poppin'. We already love the first single, "Goin' Thru Changes," like payday Friday and the smoking hot album cover
has us wondering where this sexy thang has been hiding all this time.
Ledisi is literally letting loose across the board with a new look, a
new attitude and a new sound, which is especially noted on the song
"Trippin'." This track is unlike anything you've ever heard from
Ledisi, which is a good thing because it proves how versatile and
unafraid to take chances she is.

Ledisi Keeps Us 'Goin'' Early In The Morning

Ledisi Shows Up, Turns It 'Loose' On 'The Wendy Williams Show'

Speechless. That's how Ledisi left me after watching the clip below of her performance on The Wendy Williams Show. What's ironic is that it's Wendy
that usually leaves me speechless, since I'm intensely scared of her.
However, for Ledisi, and that outrageously golden voice, I braved the
fear inside of me to hear her sing "Turn Me Loose," the title track
from her album. Lawdhadmercy. Simply incredible. If you don't have this
album yet, or don't go get it after watching this, there's nothing I
can tell you. Oh, wait. Yes there is. GO. GET. IT.

'Changes' We Can Believe In From Ledisi

The video captures the strength of Ledisi's voice--wrapping the subject
in a dark, hedonistic aura with a high gloss sheen that draws you in.
Ledisi carries the frustration of all ladies with good men--and better
jumpoffs--on her back, without wrinkling her form-fitting dress nor
smudging her flawless makeup. Her locs are as tightly woven as the
storyline and the cinematography exudes a grown and sexiness that
captivates you from beginning to end.

Typically, the goal of the first act is to warm up the crowd and set
the tone for the evening. Ledisi set us on fire with her bold stage
presence and incredible sound. She paraded across the stage with the
confidence of a diva and the sincerity of your BFF who always keeps it
real...This is not a manufactured artist with scripted lines and plastered
grins. Ledisi is your homegirl that will tell it like it is and be
there for you in spirit and song, even after her physical presence has
moved on.

The recurring question of how to follow up and reinvent yourself as a
singer and artist is one that has claimed the careers of many lesser
performers. For Ledisi, it proved inspirational...This year was the when Ledisi became a genuine soul powerhouse.

What can we say, we have major Ledisi love across the board here at SoulBounce. But how could we not? With that vivacious voice, pure personality and genuine gift, she is a once in a lifetime talent and we're honored that she's shared herself with us through song. If she wins one or both GRAMMY Awards this weekend, it will be extremely well-deserved.