Why Is Maysa Still Considered An ‘Underground’ Artist? 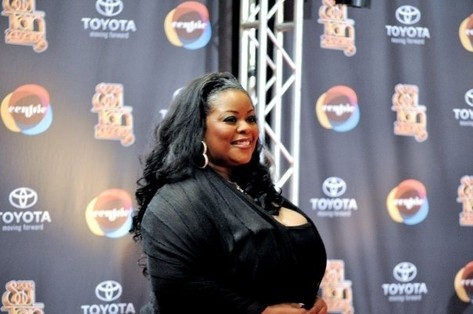 In November, when jazzy soul chanteuse Maysa won the Soul Train Music Awards' Centric Award for Best Underground Soul artist--beating out the likes of Laura Izibor and Eric Roberson--most folks were probably shaking their heads wondering, "Why is Maysa considered an underground artist?" Not only has the Baltimore native been on the scene for more than ten years as a successful solo vocalist, Maysa is literally the voice of the popular UK-based band Incognito, appearing on seven of their CDs. (This Maysa fan credits the Incognito tune "Deep Waters" as being the anthem for love's mourning).
Center

The only answer could be is that the term underground nowadays doesn't
hold the same connotation it may have had ten or fifteen years ago.
While underground still refers to fringe artists who may not have high
radio rotation, many underground artists still enjoy large followings
as indie artists. In light of this point, though, one still has to
question why Maysa would be considered underground. Her music is in
high rotation on adult contemporary stations, which can't be said for
many artists called indie or underground. Her new CD, A Woman in Love,
debuted last week at #1 on the Billboard charts for contemporary jazz
despite low marketing and absolutely no viral incentives to purchase
(such as free downloads or a YouTube preview). And, she is often a
headliner for national and international music festivals and events
featuring Jazz and Soul's most successful (if success is measured in
record sales). So, what gives?


While the title of underground still befuddles us beyond reason, it is
necessary to give shout-outs where shout-outs are due. We love Maysa
and are digging on A Woman in Love, which features Will Downing and a surprising cover of Michael Jackson's
"Lady in My Life." While there is always the strong preference to hear
her rich vocals on CD accompanied by the wonderific Incognito whenever
new music from her is released, her solo work is always magic by
itself. This romantic collection is just perfect for Valentine's Day.

Speaking of which, Maysa performs on February 14th in Baltimore, MD at
the Eubie Blake Jazz Center on N. Howard St. Tickets are $65
single/$100 a couple and can be purchased at www.eubieblake.org.


TAGS:  centric, independent, maysa, michael jackson, soul train awards, underground, will downing
Previous: Driis Invites Us Into His ‘Private Garden’ Next: Morning Soul: The Romance Is Not Over 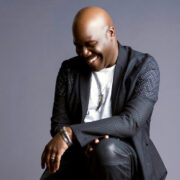