The Capital Jazz Fest Promises More Soul To The Bounce

The Capital Jazz Fest, held the first weekend in June at Merriweather Post Pavilion in Columbia, Maryland, is normally one of the more Soul-infused Jazz festivals around. However, this year for the 18th annual event, the lineup is not merely infused, but drenched with some of our new favorites and old school idols. Check out the full roster of announced artists after the bounce, but I'm personally looking forward to seeing and hearing Ledisi, Esperanza Spalding, Laura Izibor, Cameo, Rachelle Ferrell and the reunited Groove Theory.
The tickets, which go on sale this Friday, March 6th at noon, are a bit pricey as usual (the cheapest seats starting at around fifty bucks), but the packed lineup should be well worth the dollars spent. The catch is that some of the most attractive features are spread across the festival's three days, so you may be there every day rather than just one. But, that's not that bad to experience that magnitude of talent.
Center

Let's also pray for sunshine and blue skies that weekend, because unfortunately when it rains, the unpaved and grassy areas of the Merriweather Post Pavillion aren't the most pleasant to deal with. After my last time attending the
Capital Jazz Fest when I spent three days muddy and miserable due to the ongoing rain, my household nicknamed it "Mudfest." But even in those conditions, nothing can stop a good time, which is guaranteed to be had at the CJF.

Down to the Bone with special guest Hil St. Soul
Omar 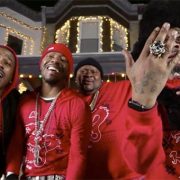 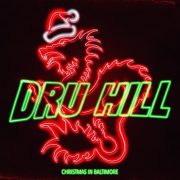 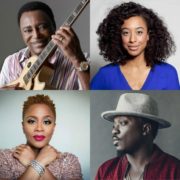