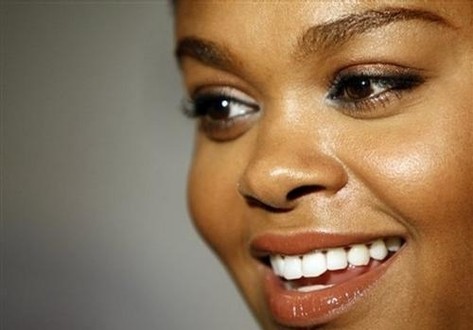 Jill Scott is fierceness all by her lonesome, but every now and then again she will partner with someone who will complement the Jilly from Philly style we dig on so much. While it would be all too easy to refer to the Collaborations album that Hidden Beach put out in 2007 to hear some of her more popular duets, I wanted to compile my own list of some of my favorite performances by Jilly that showcase her dynamic vocalizing and her gifted ability to share the shine on a track or on stage. Whether as a duet, trio or with a group of some of her closest friends, Jill's presence on a song always adds a shine you wouldn't otherwise find, and is definitely worth noting.

Jill shows off her jazz chops with none other than jazz great George Benson on this classic standard. Standing her ground and never slacking in stage presence galore, Jill performs this song with such vigor and finesse that we are left both dazed and amazed and longing for more from these two together.

The Roots feat. Jill Scott: "You Got Me"

We all know that Jill wrote the hook to 1999 song by The Roots, "You Got Me" that Erykah Badu recorded with the band. But, this revamp of the song turns the original on its head at a concert in California in 2006. Jill's pipes seemed to know no boundary when she emerges on stage in almost triumphant majesty. Not only owning the stage, she commands the attention of all of those around her, making it clear why she attracted our attention in the first place.

This was the weirdest group project ever. During this 2001 Grammy performance, Jill Scott was practically a newbie on the scene but you would never know it. Her strong voice turned a potential catastrophic stage show into an experience that I'm sure was even more exhilarating for those who were watching it live. I enjoyed watching this diva present her trademark charm within this unconventional set-up and smiled as she delivered to perfection.

So this song is actually on the Collaborations disc I referred to in the introduction, but I had to add this video because Jill did her thang as she helped introduce us to the world of Lupe Fiasco. While I am one of the biggest Lupe Fiasco fans, I couldn't help but call this one a "Jill Win," for she totally dominates, particularly as the song climbs to a close. The fans in David Letterman's audience got a treat that night.