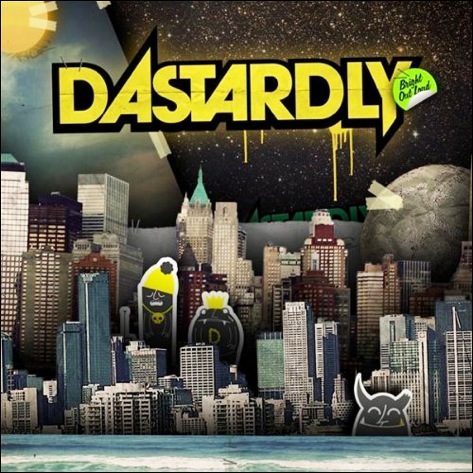 Dance floors from Baltimore to New York will most likely be packed as Bmore Club music lovers flock to drop it like it's hot to this newly released single "Nasty Girl" from the Washington, DC-based duo Dastardly, a pairing between Hip-Hop lyricist Kokayi and producer Sharkey. "Nasty Girl" is from the duo's EP Bright Outloud, which is rich with complex production and high-energy songs that throw all regard for traditional Hip-Hop music out of the window. While "Nasty Girl" is a Red Bull-fueled fun ride, it is definitely very nasty lyrically and may not be enjoyed by those who prefer not to hear the "P" word when referencing that special place on a woman's body. However, the EP is definitely more than just "Nasty Girl" and sounds like the pair is declaring themselves new gladiators in the mosh pit of Afro-Punk.

Dastardly's Kokayi has been
an innovator on the Hip-Hop scene for years as a solo performer and as
part of the group Opus
Akoben
, which has led to a large following overseas, virtually
dwarfing his homeland fan base. He surprised many of us following his
career when he joined the New York-based label QN5 last year after having a successful history (even if only on an
international level) as an independently run artist. As an indie, he has
been making moves.  Producing singer Wanya's song "Loving
You (Music)," Kokayi helped to earn them both a GRAMMY nomination in 2008. But,
let's be clear, Sharkey is
definitely no slouch on the production side of things, and
is a bonafide superstar on his own, too. His debut album, Sharkey's
Machine (Babygrande) was named one of "The Top 10 Best Records of
2004" by the Washington Post and featured guest appearances by The
Pharcyde, Jean Grae, Grand Puba of Brand Nubian
and Cherrywine
(aka Butterfly of Digable Planets).

Dastardly's
EP Bright Outloud is thick with Kokayi's personality and
showcases him as more of a singer (think Cee-Lo's work with Gnarles
Barkley), but nothing can be compared to the ongoing high-energy
feel and originality of each track, which is guaranteed to pique your
interest.