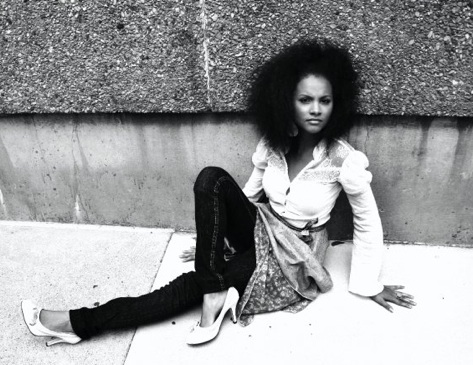 Leah Smith may not be a household name yet, but give it a few years and don't be surprised to hear her name and her music more often. She independently released her debut project, the EP Beautifully Made, last fall and is staking her claim in the industry. At 21-years-old, Smith is no new jack to the music scene, however. A child prodigy, she's been singing since the age of four and recorded her first project with the group Sandtown before hitting 10. Once out of pigtails, this North Philly native attended Creative and Performing Arts High School, which also produced fellow phenoms Boyz II Men, Jazmine Sullivan, Bilal, Black Thought and ?uestlove. As if that roster of alumni wasn't impressive enough, she's personally shared the stage with the likes of Aretha Franklin, Alicia Keys and Israel Houghton, with whom she worked closely with as a member of Israel Houghton and New Breed. One listen to Leah and her gospel training will be quite evident, but she also adds soul and pop strokes to her musical canvas. Her voice is an anointed instrument, which she flexes effortlessly on the six songs featured on Beautifully Made. She sings inspirational music without being preachy, which a lot of people can appreciate. What I appreciate is her phenomenal voice, which had my ears open from the moment I pressed play. As I suspect yours will be, too, once you do just that below.
Center