Erykah Badu To Go On Tour ‘Just In Time’ For The Spring, Summer 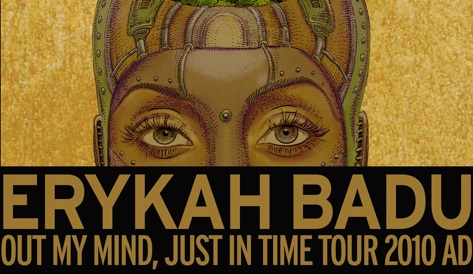 Erykah Badu is giving her fans something to look forward to with the recent announcement of a slew of upcoming tour dates. The GRAMMY Award-winning artist's Out My Mind, Just in Time Tour will make stops at several venues across the country this spring, kicking off in Baltimore on May 22nd before wrapping up in Las Vegas on June 24th. The tour, which borrows its name from the closing track on her New Amerykah Part Two: Return of the Ankh album, will also host a revolving door of opening talent, with N.E.R.D., Bilal, Janelle Monáe and The Roots' drummer Ahmir "?uestlove" Thompson, joining the vocal powerhouse onstage. Badu's road show is set to continue throughout the summer, with performances in both the Lollapalooza and Lilith Fair festival lineups. She'll also be joining sexy crooner Maxwell at his upcoming shows at Phillips Arena in Atlanta on June 11th and at NYC's Madison Square Garden on June 26th. For more information, visit Badu's website and check the schedule out after the bounce to find out if and when the green-eyed songstress will be coming to a city near you.
Center 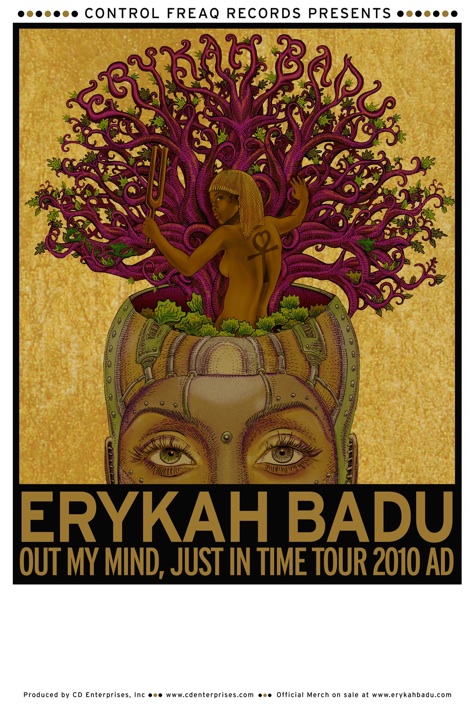