Anthony David Wants You To ‘Let Me In’ 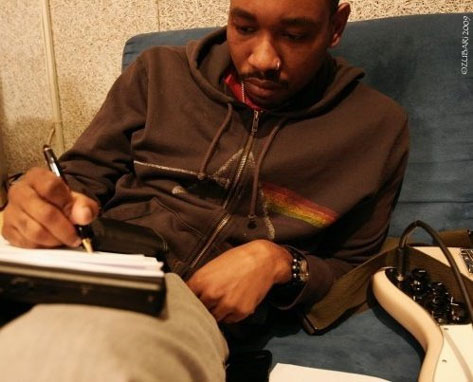 Well look who's back and returning as strong as ever, our main man Anthony David. It seems like forever ago that he dropped the feel-good single "4evermore" with Algebra and Phonte, with the promise of a new album in early 2010. However, he's taking his time to craft some more modern classics for our enjoyment. Newly signed to Purpose Records under his own Rollingmojo imprint, Acey Duecy will be releasing his new album, As Above, So Below, this fall, and SoulBounce is proud to present an exclusive first spin of his fresh out the studio song, "Let Me In." Anthony sings to the object of his affection whose love is on lockdown, which makes him want her even more. He spends his time trying to convince her to give him a chance on this mellow groove that sounds like something Michael Jackson would have sung back in the day. Get into it right here, and we'll keep you posted on all things Anthony David in the days ahead.
Center