Common & Queen Latifah Do Us ‘Wright’ 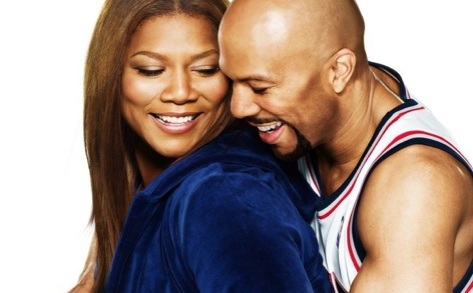 This Friday the feature flick Just Wright rolls into theaters, and despite my earlier reservations, I'm actually excited to see this joint now. Common and Queen Latifah have been doing the damn thing on the promotion tip--they are everywhere from Facebook to Lane Bryant to ESPN--so it only made sense for them to hook up on record, too, which they do on the song "Next Time (Just Wright)." Word is that this track was originally an outtake from the Finding Forever sessions that Com re-purposed with new lyrics that loosely follow the film's plot and the addition of the Queen on background vocals. I can't lie, I had hoped that these two would have gone mic-to-mic on the rap tip, but this is a great song nonetheless. It doesn't look like they're releasing a soundtrack to Just Wright (which is a pity), but you'll be able to find this single on the upcoming greatest hits package, Go!: Common Classics, hitting stores on May 25th.
Center