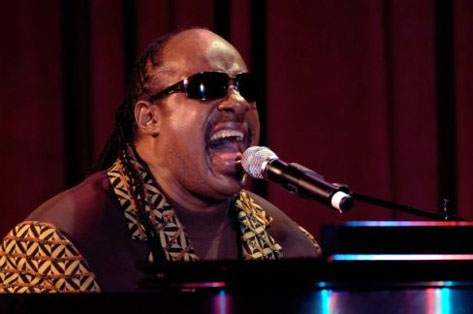 Last week, when we announced that Stevie Wonder was turning 60 years-old, we also hipped you to the fact that he would be coming to DC to perform at a free private concert at the Verizon Center. The concert was last night, and, as an attendee, I have to say that it was probably the best concert I've attended in my entire life. Yes. I am not faking nor being overly dramatic. I am not saying this as the biased groupie of Stevie Wonder that I am. I am saying this as the responsible, rational and objective SoulBounce Editor that I am who could not wait long enough to get to my computer and share with you the experience that was last night. Stevie Wonder delivered and then some. This man is a legend for a reason.
Center

The Line From Hell

First, its only fair that I start this recap off with a rundown of what happened prior to entering the venue, staying true to my
attention to detail and moreso because I don't want Janelle Monáe stans to cry foul after my last dissection of a concert, which
mentioned the incredible wait time it took to see the pint-sized dynamo hit the stage. Well, the line to get into the Verizon Center see Stevie Wonder was indeed a
hot, ghetto mess.

The concert, which was free and a gift from
the wealthy Pollin family who own the Verizon Center to Verizon Center
employees and members of the fire department, public school system,
George Washington University Hospital and other nonprofit and
government agency workers in Washington, DC, attracted every demographic
you could imagine that lives in the city and surrounding areas. All of
us, pressed as we were, arrived at least an hour before the 8 pm start
time of the concert, only to find that those of us without the "gold" tickets had to go find the "other" entrance where our
tickets would be admitted. This "other" line did curly Q's, weaved all up and down
the street and had no conceivable beginning or end. Once the doors
opened, it was every man and woman for themselves. To avoid getting
separated, I held onto my spouse so tight that the ticket lady told me
to let up off him so I could hand her my ticket (seriously, she did).

Once
inside, though, all was well. Seating was open and we were lucky to
grab a seat on stage right that had an ideal view of it all. Socialite Irene Pollin and her sons Robert and Jim opened the
concert thanking the citizens of DC for making the Verizon Center the
events epicenter that it is and we learned that Robert Pollin
was the actual brain behind the event. He planned and executed it in
three weeks. He said that he and his team sat down and brainstormed
about what artist they could bring in that would be attractive to all
demographics when considering age, race and music taste. He said
Stevie Wonder was the only person that was living that came to mind.
The concert titled "Living for the City," was the proper gift, said
Robert Pollin, that his family could give.

And The Show Begins

When
the show started, the audience showed their love with loud screams and applause. Stevie and three
members of his band began an acapella scat-doowop-beatbox vocal exchange backstage then emerged to start the show. From there, the party was on.

One person on
Twitter wrote last night, "Magic is happening here at the Verizon
Center," and no truer words were spoken. Never had I been at an indoors
concert where the energy was like a big love festival from beginining
to end. From his opening with "Master Blaster" to the moments where
many of us could not stop dancing to "Boogie On Reggae Woman" (which
featured a harmonica battle no doubt), the feeling of universal love
permeated the air. As dippy as I sound, this is the straight truth.

Stevie
sang some of his greatest hits, including "Ribbon in the Sky," "You and
I," "Sir Duke," "I Wish" and "As," which he dedicated to those who
have lost someone they loved and encouraged us all to love each other
more.

I laughed, I cried, I tweeted my joy and I got my dance
on like I was up in someone's club during the two-and-a-half hour
concert where Stevie, practically ageless, entertained us all. Feeling as if
we were all friends and family, Stevie broke down any formality
by cracking jokes and being so transparent and accessible--even to
those of us who weren't in front row seats. His voice cracked on one
song and he broke down in a fit of giggles when it happened, later
making the public request, "Can someone bring me some tea." His rich
humor was undeniable and his charm was extended even further to the two
folks from the audience he allowed to come on stage and sing a verse
from "Ribbon in the Sky". (I was laughing out loud at the sista who
sang real pretty but didn't know not one lick of word from the song,
reminding me of the Cephus and Reesie sketch from the TV show In Living
Color.)

Memory Of A Lifetime

The experience was
by far one that will be cherished and retold, and my only wish was that we had an
extra ticket so that our daughter could have seen the legend, too, as
up close and personal as one could hope to get. She's been recently
introduced to Stevie, and he is inching up her top 10 list where the top
spot is held firmly by the late Michael Jackson. I'm betting that the
little boy I saw dancing in the front row last night at the Stevie
Wonder concert will treasure this moment and be the first to tell about
that time he and his family got free tickets to the concert
of the year lifetime in his city.

Were you there, too? If so, share your highlights with us.


TAGS:  free concert, stevie wonder, verizon center
Previous: Janet Jackson Serves It Up On ‘American Idol’ Next: Anthony David Wants You To ‘Let Me In’ 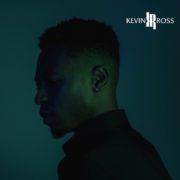