Do Indie Artists Make Better Music Or Is That Just A Myth? 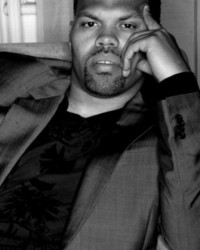 Entertainers would have us all to believe that the listening audience is a fickle lot. One second we are heralding an act as the greatest thing since sliced bread, then, when someone or something comes along with a catchier tune, there goes our attention. But, is it really that simple or are we just attracted to what sounds better, has presence and caters to our attraction to celebrity?

Sensibly, it is unlikely that there is a common reason why folks like
who they like. But, it does seem that lately, particularly among
purveyors of soul and organic hip-hop, that some of the most sought
after acts are usually those who flash the 'indie' moniker.
For every mainstream soul staple like Maxwell or Jill Scott, there is an Eric Roberson or YahZarah
being talked about in the blogs, headlining shows on the regular and
connecting with their fans in more accessible and everyday venues.
Right


The
grind for indie artists is unmistakable, but the rewards seem to
outweigh the benefits of major label affiliation on some level when you
are able to still tour, still meet and greet your fans and still make
music by your own standards and wants. And, it seems that audiences,
who seem to be tossing their AM/FM radios aside for the preference of
online radio, are responding to the age of the indie artist. Ty Cohen, a former indie label owner and owner of Platinum Millennium Publishing says that rise of the indie artist is inevitable
nowadays with the easy availability of tech tools and the internet. But
will that rise impact the quality of music that we have unavoidably
begun to attach to music that is outside of the mainstream? Will the
indie underground soon become the mottled mainstream, or has that
happened already?

As a recipient of a lot of unwanted spam
from indie acts shopping new music, videos and tour dates, it is
becoming clear to me that the term "indie" no longer guarantees that
the music will be any more original or enjoyable than what can be heard
on your local radio station or seen on BET. The term, it seems, is
getting played out in a major way. So, what, if anything do we call
music we love that is not major label affiliated and isn't part of this
glut of music that is replicating the humdrum; could it be time to give
the indie underground a new name?