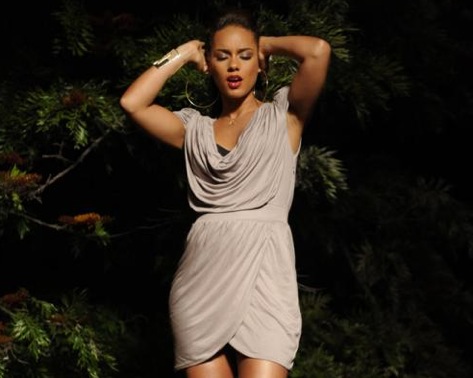 Leave it to Alicia Keys to take a step up only to take 20 back. Just when she was working her way back into my good graces with the bonafide gem, "Un-Thinkable (I'm Ready)," she ups and remakes Blondie's "Rapture" with disastrous results. Done for the Sex And The City 2 soundtrack, this song is complete and utter dreck. It's like she took all the soul and funk out of Blondie's 1980 hit and replaced it with almost five minutes of WTF. The music is a pop/New Jack Swing mish-mash and her rap that she tailors for the film is a corny mess. Is she trying to put Deborah Harry, Fab 5 Freddy or me into an early grave? If anything needs to be buried, it's this song. Listen to this waste of studio time below, then hit the bounce to wash the bad taste of it out of your mouth with the original.